Vehicles In The U.S. Are Becoming Heavier But Also More Powerful Than Ever Before

Data from the Environmental Protection Agency (EPA) reveals that cars sold in the U.S. are now heavier, but also more powerful, than ever before.

Details from the 2020 EPA Automotive Trends Report shows how the average weight of various new vehicles in specific classes has increased since 1975.

Pickup trucks have grown in weight by the most, with their average increasing by 27 percent since 1975. Interestingly, the average weight of new pickups in the U.S. did drop by over 300 lbs on average for the 2015 model year, a figure attributed to the Ford F-150’s shift to an aluminum body. 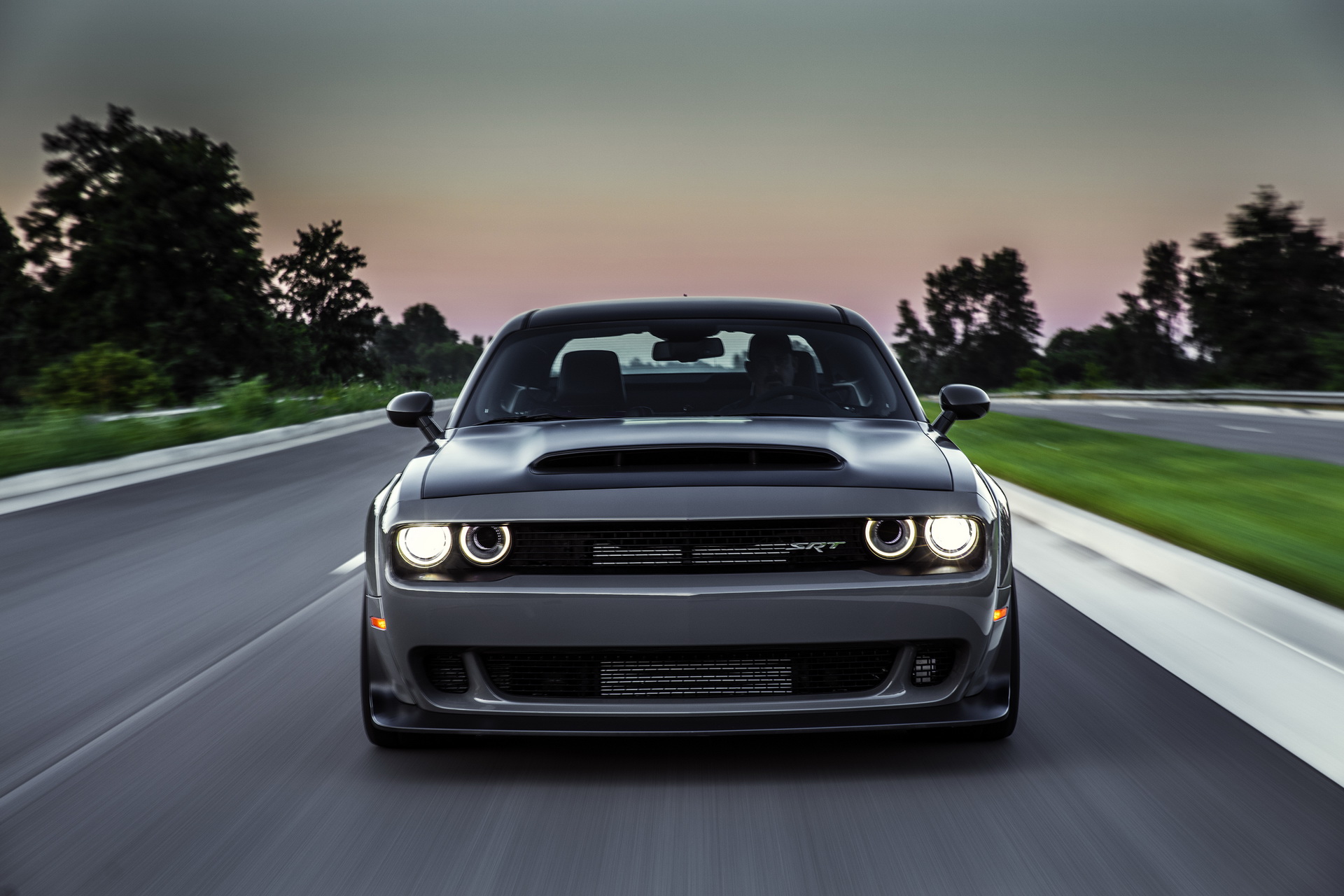 The EPA’s research also reveals that the difference between the heaviest and lightest vehicle types for the 2019 model year was almost 1,600 lbs, compared to just 215 lbs in 1975.

Even so, the weight increases are more than offset by the horsepower gains. Across all vehicle classes, the average new vehicle has 79 percent more power than in 1975, with pickup trucks having experienced the most significant gain, with 143 percent more power. Sedan/wagon and Car SUV classes have seen increases of 50 per cent and 71 percent respectively. The average horsepower of truck SUVs and minivans have also jumped by 72per cent and 86 percent. 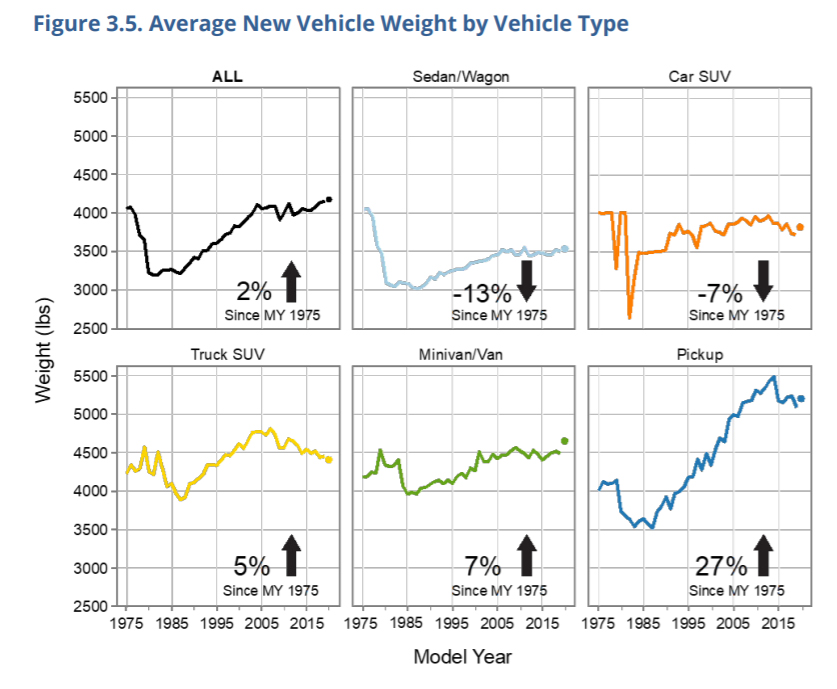 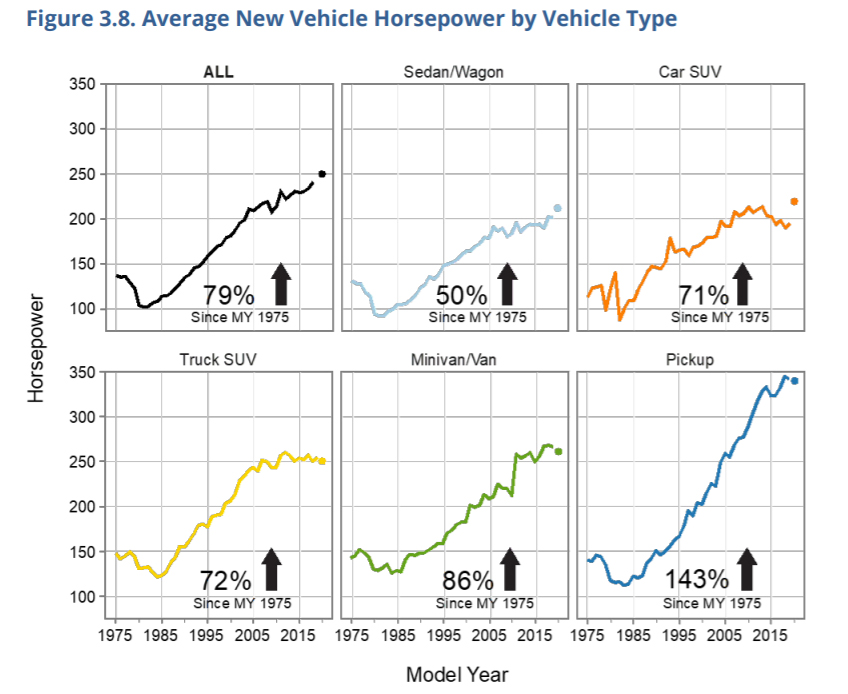 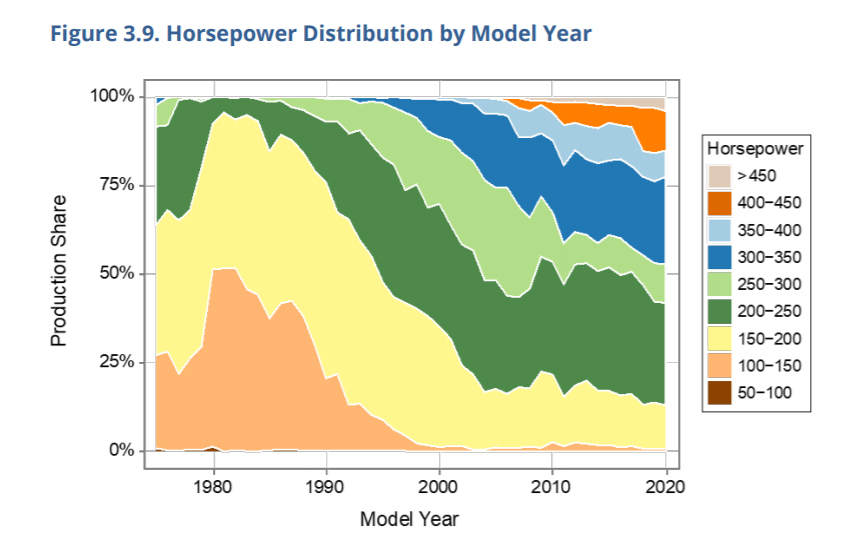