Scare Off All Other Hypercars With This 1,500 HP Koenigsegg Regera

The Koenigsegg Regera is a pretty remarkable car and later this month, one example will head to the auction block for the very first time.

Koenigsegg has built just 80 examples of the Regera since 2016 and while this listing doesn’t state what number this Regera is, it does state that it is the 175th Koenigsegg chassis produced and is a U.S.-spec model. 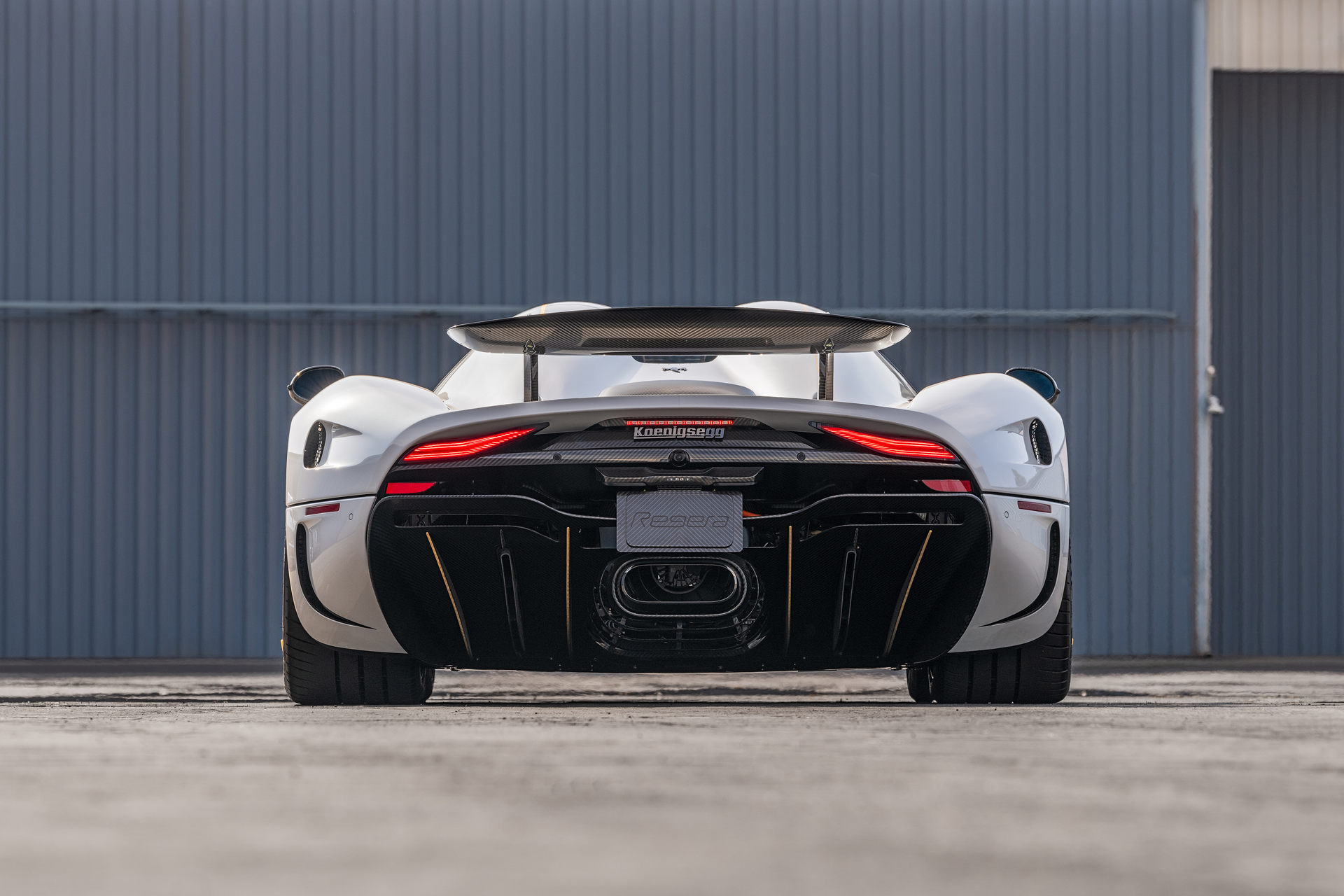 The car was delivered new to Lake Forest Sports Cars of Chicago, Illinois and is clad in Crystal White with the available ‘Speedster’ graphics package that includes various 24 karat gold leaf accents across the hood, roof, front splitter, and side skirts. Another expensive option includes Koenigsegg’s innovative Aircore carbon fiber wheels. All up, RM Sotheby’s says this Regera has over $217,000 worth of options.

In July 2020, the bodywork was covered with a clear bra from Protective Film Solutions in California to ensure it looks as good as new for many years to come.

The interior is just as special as the exterior. Most of the surfaces are clad in a mixture of gloss and matte carbon fiber, while soft brown leather covers the seats, center console, door panels, and steering wheel.

Like all other Regeras, itis powered by a twin-turbocharged 5.0-liter V8 that works alongside three electric motors to produce a combined 1,500 hp and 1,475 lb-ft (2,000 Nm) of torque. The Swedish hypercar also lacks a traditional transmission and uses Koenigsegg’s direct drive system instead. 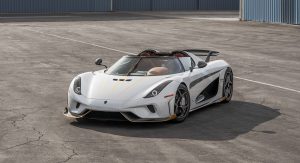 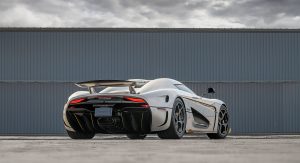 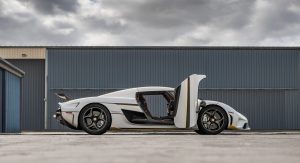 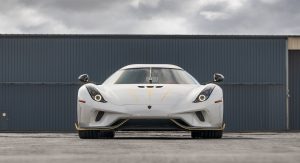 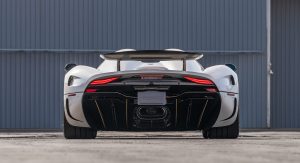 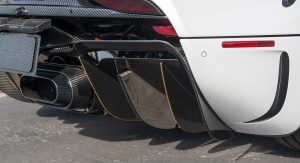 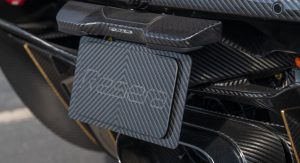 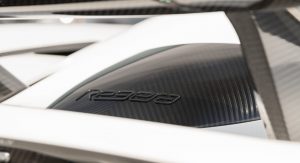 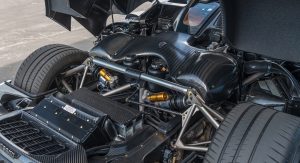 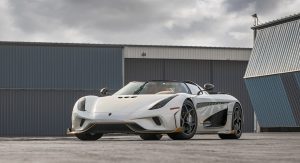 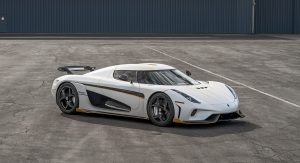 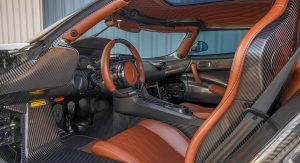