Congestion Fell In 387 Cities Last Year Thanks To The Coronavirus

TomTom has released their 2020 Traffic Index which examined congestion in 416 cities spread across 57 countries and six continents.

The report is particularly interesting this time around as it shows the massive impact the coronavirus had on our lives.

Thanks to lockdowns and stay-at-home orders, congestion decreased in 387 cities globally last year. Unsurprisingly, many of these declines started in April and lasted for at least a month or two as governments closed schools and told people to work from home. 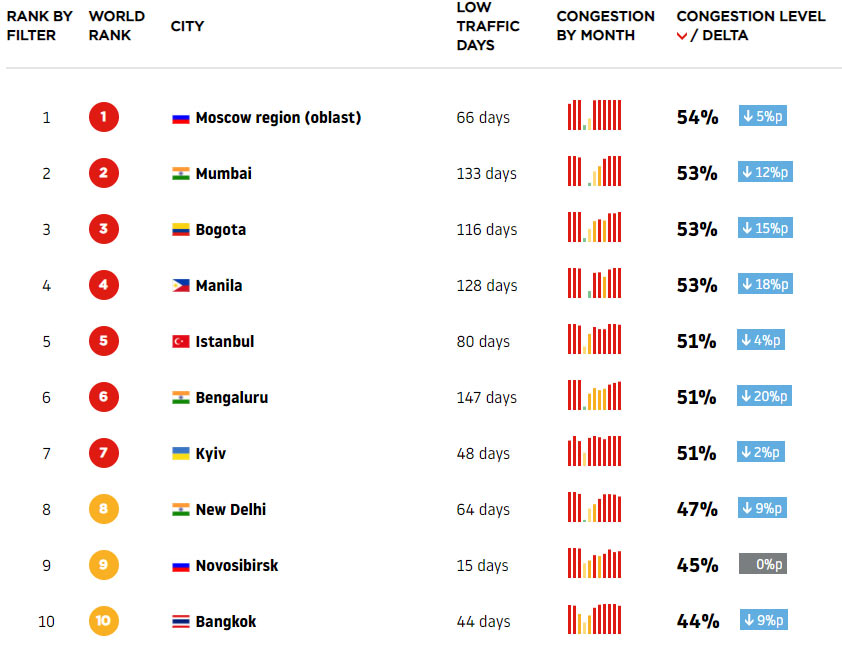 While traffic levels have rebounded in many places, Moscow had the highest congestion level at 54%. That means a 30-minute trip would take 54% longer than during Moscow’s “baseline uncongested conditions.”

The Russian capital was followed by Mumbai, Bogota and Manila in the Philippines. All three cities had a congestion level of 53%. Rounding out the top five was Istanbul which came in at 51%.

In the United States, Los Angeles was deemed the most congested city with a rating of 27%. While the city is famous for its awful traffic, it only ranked 85th globally. 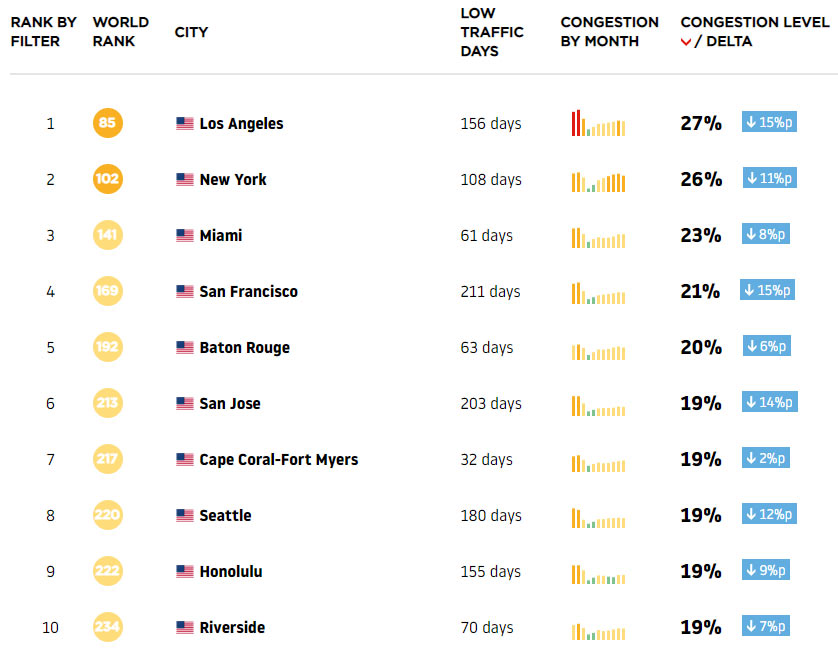 Other American cities making the list were New York (26%), Miami (23%), San Francisco (21%) and Baton Rouge (20%). All five saw declines in congestion with levels dropping 15% in both Los Angeles and San Francisco.

Despite the drop, the list didn’t change much from last year. However, Miami and Baton Rouge replaced San Jose and Seattle in the top five. 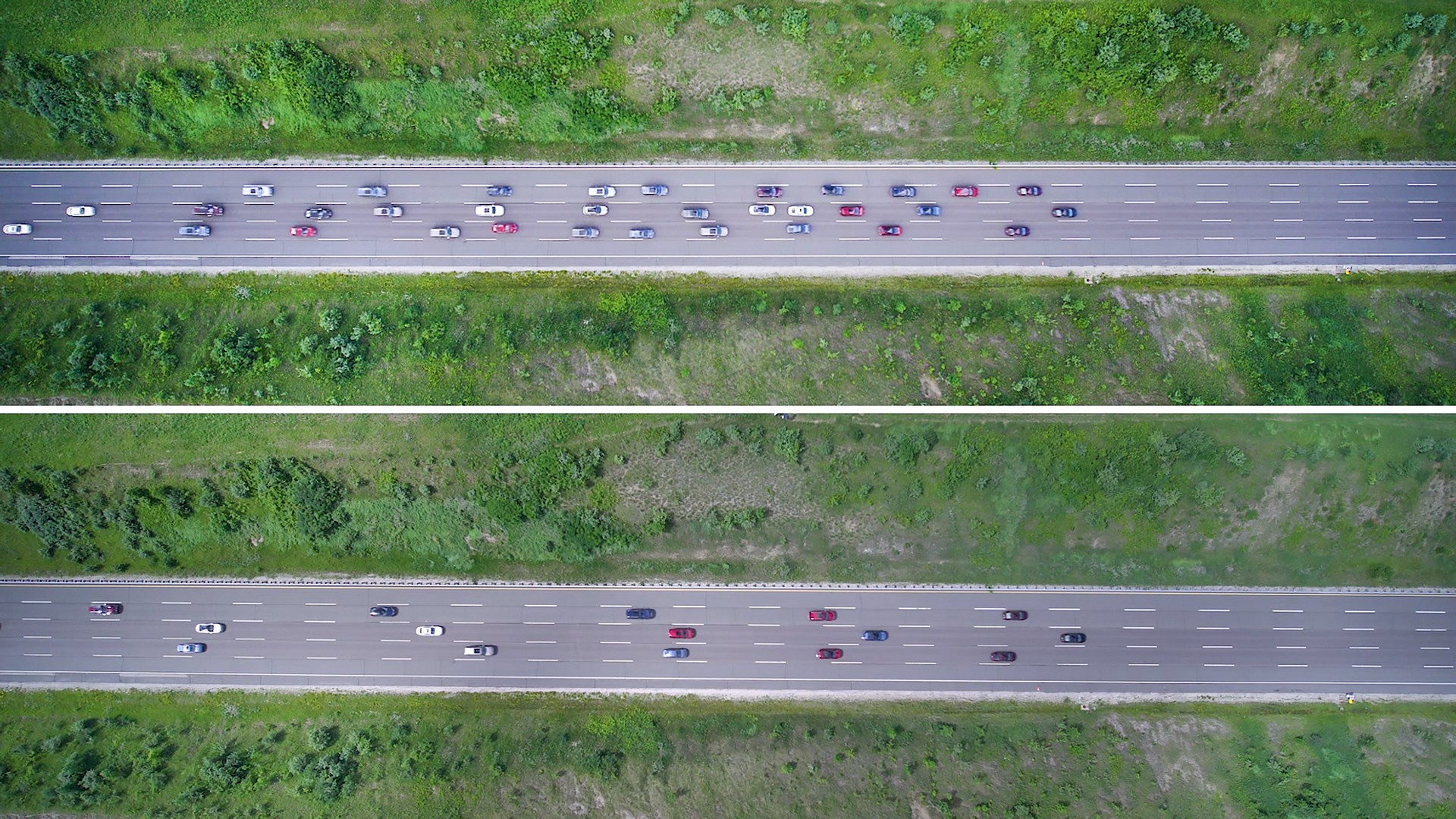