Bugatti will only be making 40 units of the Divo, and four of them were commissioned through its Beverly Hills dealership.

While the ‘Ladybug’ was unboxed last week, the other three got together for a short drive at a private racetrack, ‘The Thermal Club’, in Palm Desert, California, before being delivered to their owners. 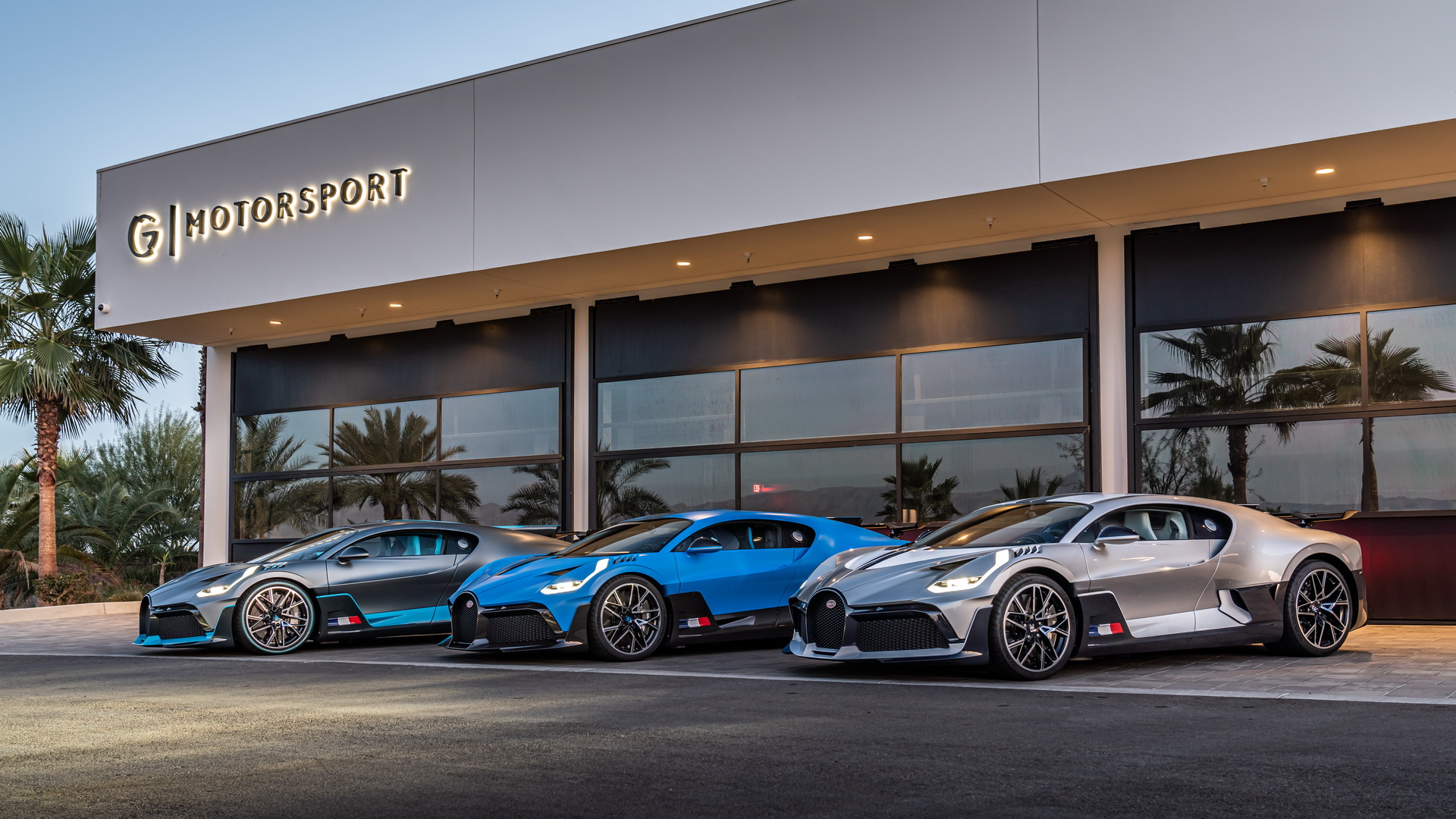 “To see these spectacular automobile works of art go from piece of paper to sitting here in front of me is a phenomenal feeling”, said Bugatti Beverly Hills’ General Manager, Tim O’Hara. “It was a very involved and lengthy process that demanded our best skills and expertise. To deliver 4 of only 40 to be built in the world and see the project through fruition is deeply gratifying.”

The Divo has a starting price of nearly $6 million, which means that the hypercars featured in the gallery and on film below are worth around $18 million – and possibly more.

Unveiled in 2018, the Divo is based on the Chiron, yet it has its own distinct styling. The exclusive bodywork, comprising of the new front and rear fascias, big diffuser and hydraulically-actuated rear wing, among others, has increased downforce by 198 lbs (90 kg). 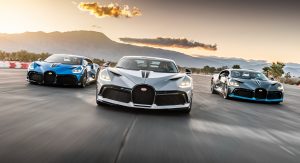 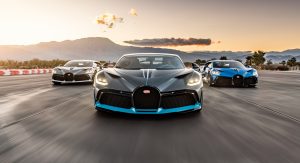 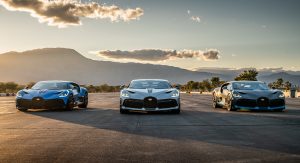 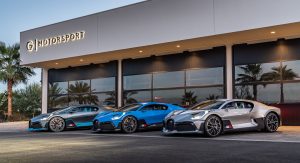 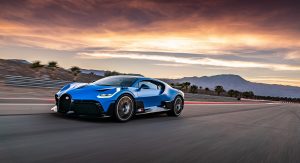 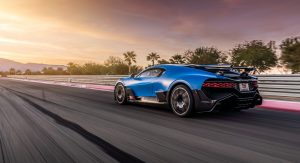 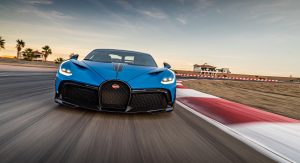 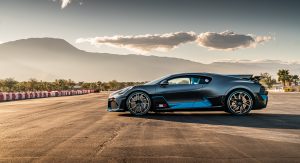 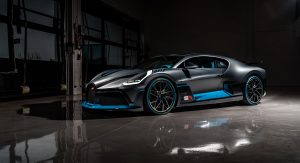 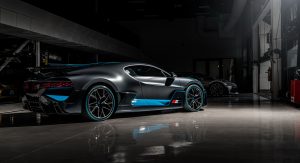 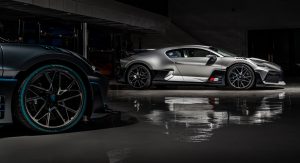 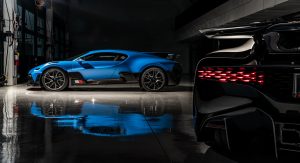