The 2022 Chevrolet Bolt EUV didn’t debut at CES, but the company used the event to tease the model’s steering wheel and digital instrument cluster.

While that doesn’t sound too exciting, it’s important to note the Bolt EUV will become the first Chevy to offer the Super Cruise semi-autonomous driving system.

As a result, the model features a leather-wrapped steering wheel with an integrated light bar that shows the status of Super Cruise. We can also see a small camera on the steering column, which monitors the driver and ensures they’re paying attention to the road ahead.

Besides providing a look at the steering wheel, the teaser shows a familiar digital instrument cluster. It appears to carryover from the standard Bolt and this means we can expect an 8-inch display.

That’s where the similarities end as a previous teaser has shown the Bolt EUV will have higher quality materials and a more traditional center stack than the current Bolt.

On the outside, the model will have high-mounted combination lights and a unique beltline.  The crossover will also adopt a slightly flatter roof and thick C-pillars. There will also be a unique rear end with an angular window and slim taillights.

The 2022 Bolt and Bolt EUV will be unveiled next month and both models are slated to go into production this summer. The company is keeping specification under wraps, but the models could have a 66 kWh battery pack and an electric motor that develops 200 hp (150 kW / 203 PS). This setup enables the current Bolt to travel up to 259 miles (417 km) on a single charge. 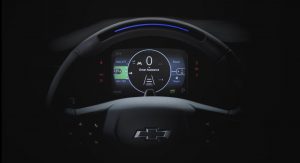 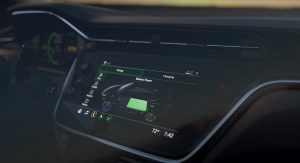 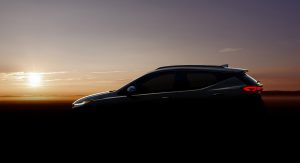 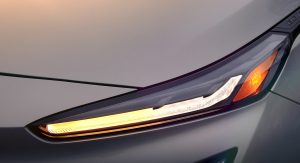 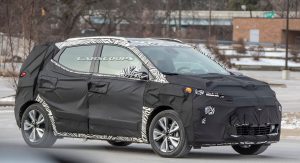 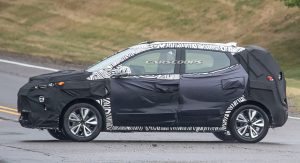 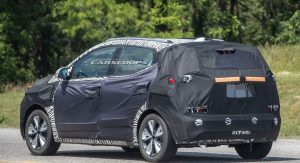