Well, it was on September 28, 2000, when none other than Walter Rohrl drove the Carrera GT Concept in Paris in front of the media, being accompanied by the French motorcycle police.

The study was based on a new racecar that was supposed to compete in the 24 Hours of Le Mans, which was completed in 1998, had a V10 engine, carbon fiber chassis and was known internally as the 9R3. Porsche decided not to return to the legendary race, but the idea to create a supercar based on the unique V10 engine was not shelved, and three years later, the production version debuted at the Geneva Motor Show. 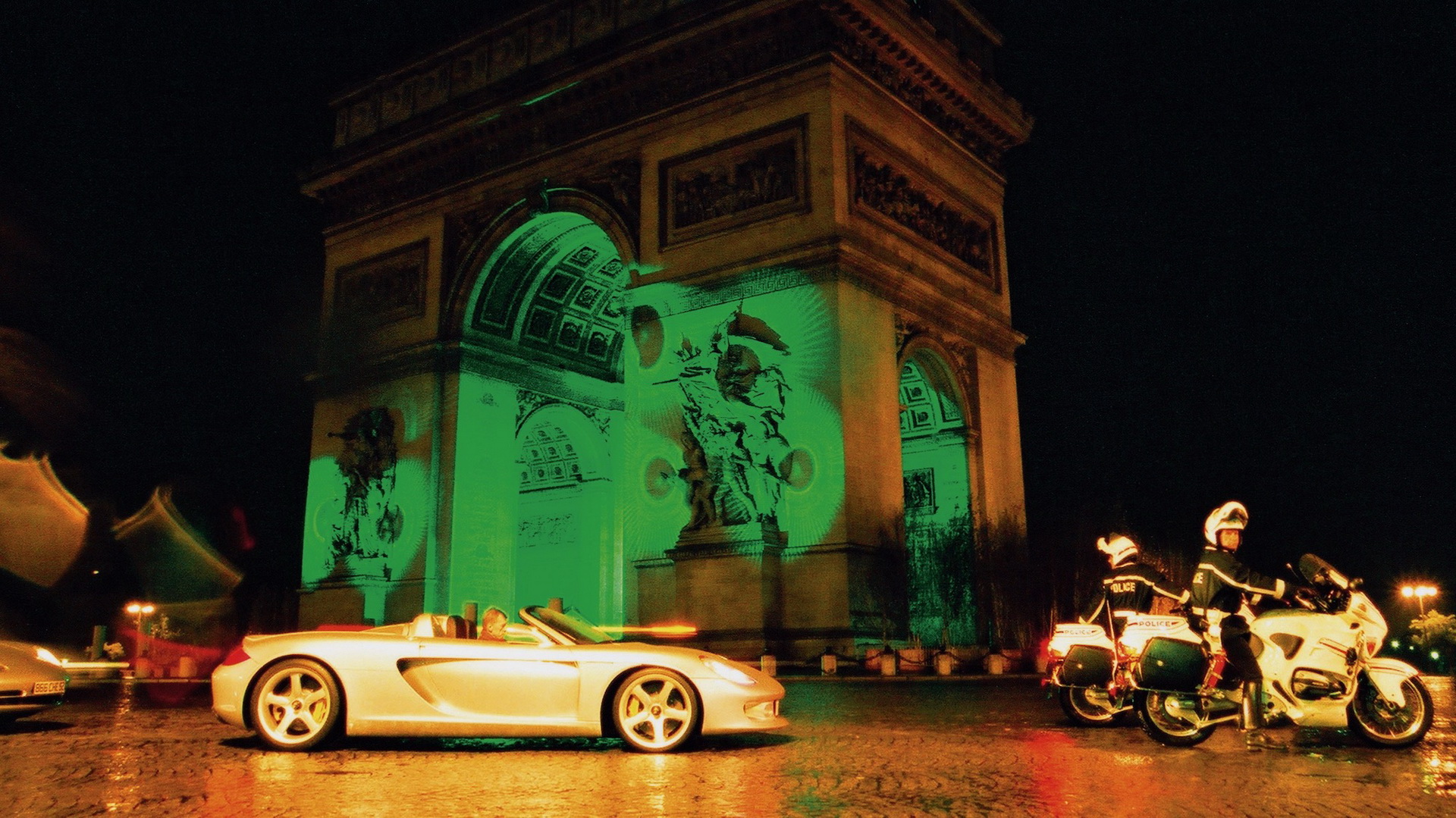 Walter Rohrl driving the Porsche Carrera GT Concept in Paris, on the morning of September 28, 2000

The Carrera GT was the world’s first car to feature a ceramic two-plate dry clutch, and it also had ceramic brake discs, double-wishbone pushrod axles with separate guidance and suspension, lightweight seat shells and a monocoque chassis. The engine’s displacement was increased from the concept’s 5.5 to 5.7 liters, and the car tipped the scales at just 1,380 kg (3,042 lbs).

Two decades after the Carrera GT was shown in Paris, Porsche wanted to recreate that moment, yet the current global situation prevented them from doing so. Thus, instead of the French capital city, they took it to the Pariser Platz in Berlin, Germany, which is where some of the following images were snapped. 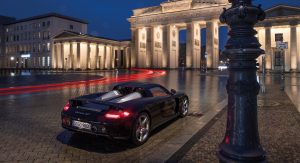 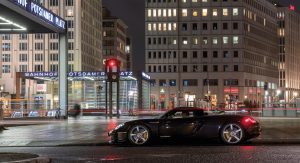 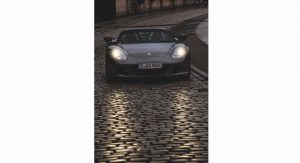 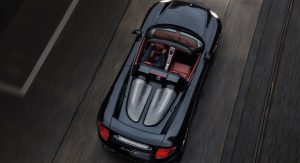 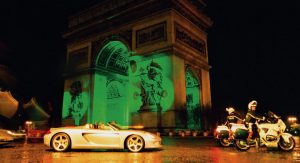 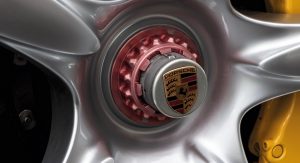 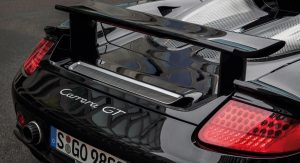 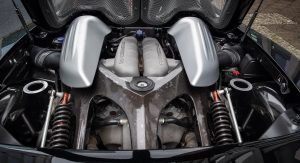 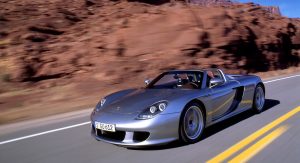 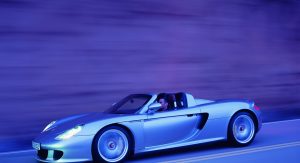 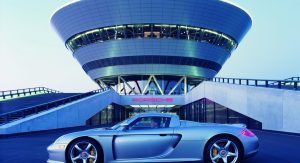 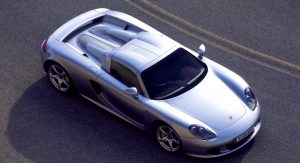 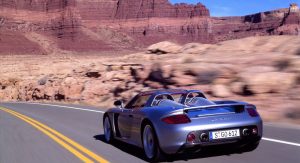