An electric SUV that is not afraid of getting dirty? That would be the Mercedes-Benz EQC 4×4², a more hairy-chested take on the regular model that just celebrated its official debut on film in a promo shared by the company online.

Unlike the EQC 400 on which it is based, it will unfortunately remain just a study, albeit one that sports a number of differences such as an elevated ground clearance, portal axles and numerous other upgrades. 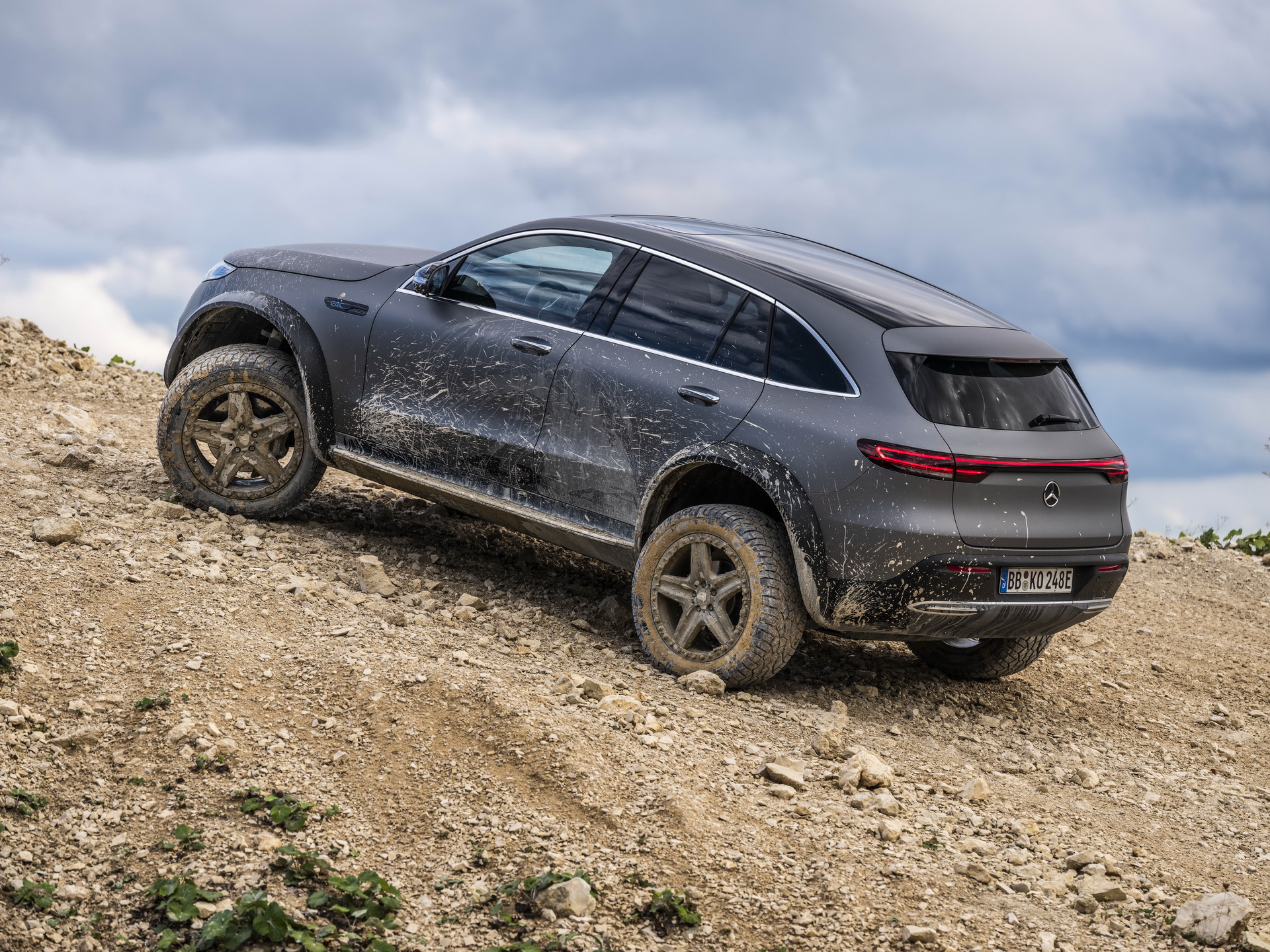 Built for venturing off the beaten path by the same team that gave us the E 400 All-Terrain 4×4² concept, it still features all the bells and whistles of the standard EQC, including the dual-screen layout which supports over-the-air updates inside.

Mercedes-Benz chose to leave the electric powertrain all alone. As a result, the EQC 4×4² retains the same dual-motor setup as the production EQC 400, which generates a total output of 408 horsepower and 562 pound-feet (762 Nm) of torque. The electric motors are juiced up by an 80 kWh lithium-ion battery, which gives the stock EQC 400 an EPA-estimated range of 220 miles (354 km) on a single charge.