Mercedes-AMG Is Already Working On A Facelift GT 63 S

It wasn’t all that long ago that the Mercedes-AMG GT 63 S hit the market and already, the German car manufacturer is working on a facelifted model.

Spied here for the first time at a Mercedes-Benz facility near the Nurburgring, this is believed to be a very early prototype, hence why it looks largely identical to the current model.

The only giveaway that this is an updated model is the black and white camouflage that has been applied over the front bumper to hide some minor alterations. At this early stage, it’s hard to say what changes will be made to the car’s front bumper but it will likely include re-shaped air intakes that further add to the vehicle’s on-road presence. 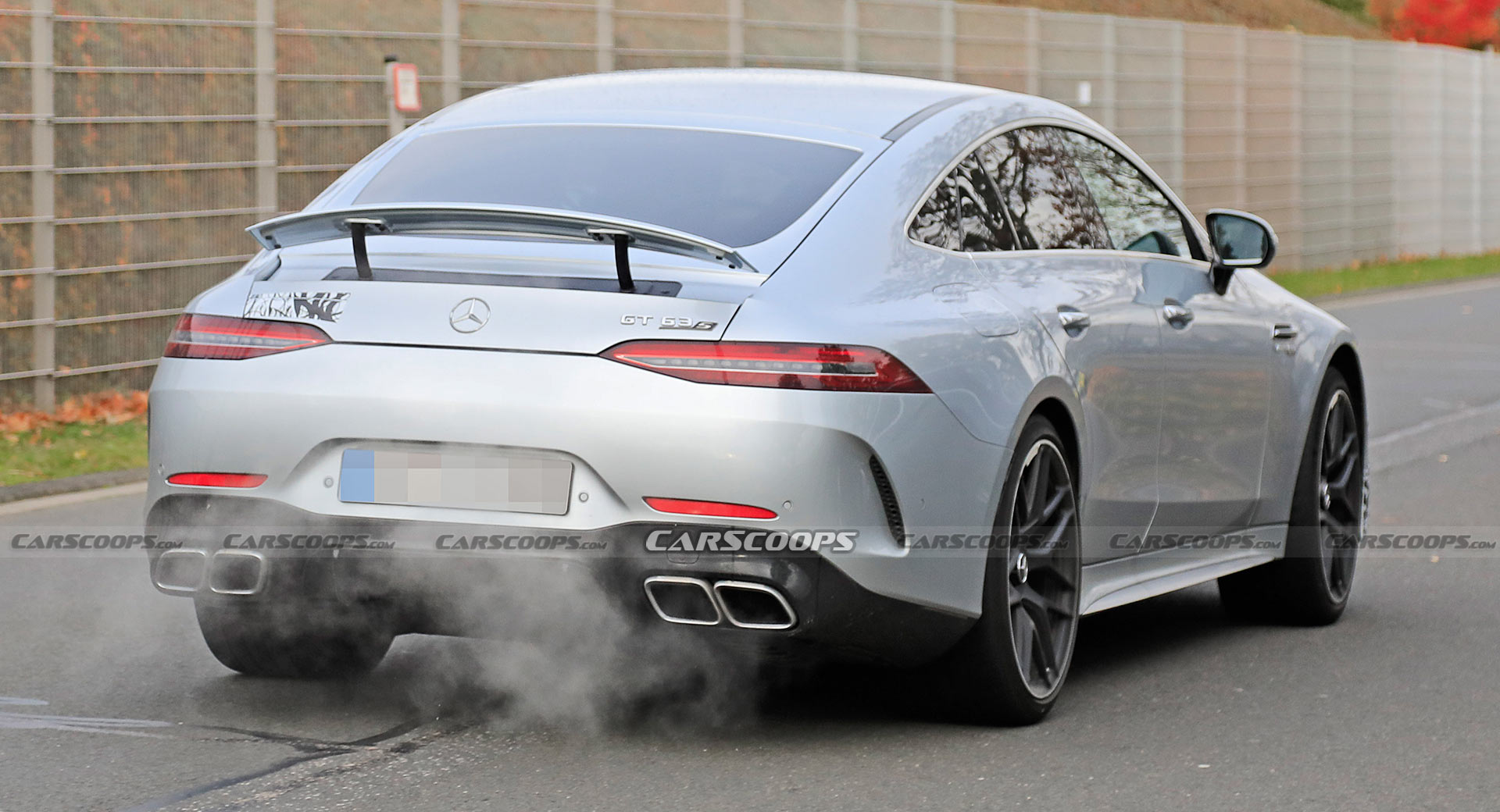 While there are no other differences between this prototype and current GT 63 S models found at Benz’s dealer lots, it’s inevitable that as development of the car continues, Mercedes-AMG will start to test prototypes with camouflage extending across the rear fascia to hide some further changes.

All other variants in the GT 4-Door range will be facelifted, including the GT 43 and GT 53. In addition, the long-rumored Mercedes-AMG GT 73 PHEV will probably launch with the rest of the facelifted range and is expected to pair the GT 63’s engines with an electric motor making for over 800 hp. 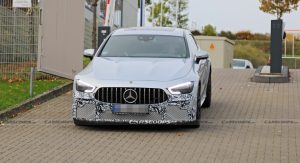 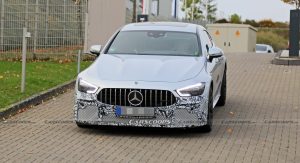 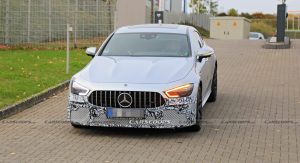 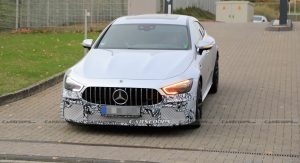 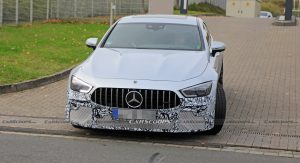 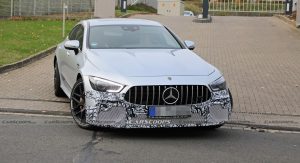 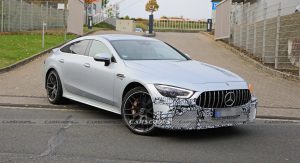 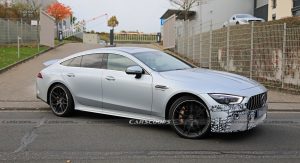 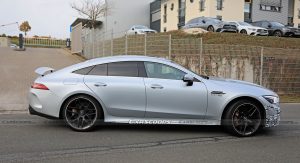 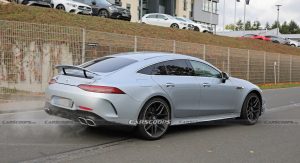 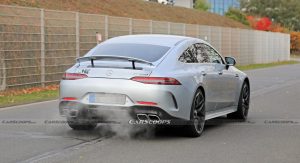 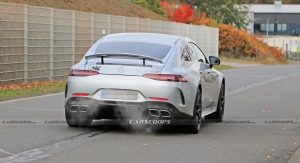