It’s not just classic Type R Honda models that have been gaining value in recent years, but other sporty models as well. Take this E93-generation Civic SiR, for example.

While the flagship EP3 Type R remains the most prized and valuable Civic model from this time period, the SiR has a unique appeal on its own. Badged as the Si in the U.S. and the SiR in Canada, the hatchback was manufactured in the UK and then exported to the U.S. and Canada.

Sitting under the hood of the Civic SiR is the K20A3 2.0-liter four-cylinder that was also used in the entry-level Acura RSX and produced a respectable 160 hp at 6,500 rpm and 132 lb-ft (179 Nm) of torque. This engine drives the front wheels through a five-speed manual transmission. 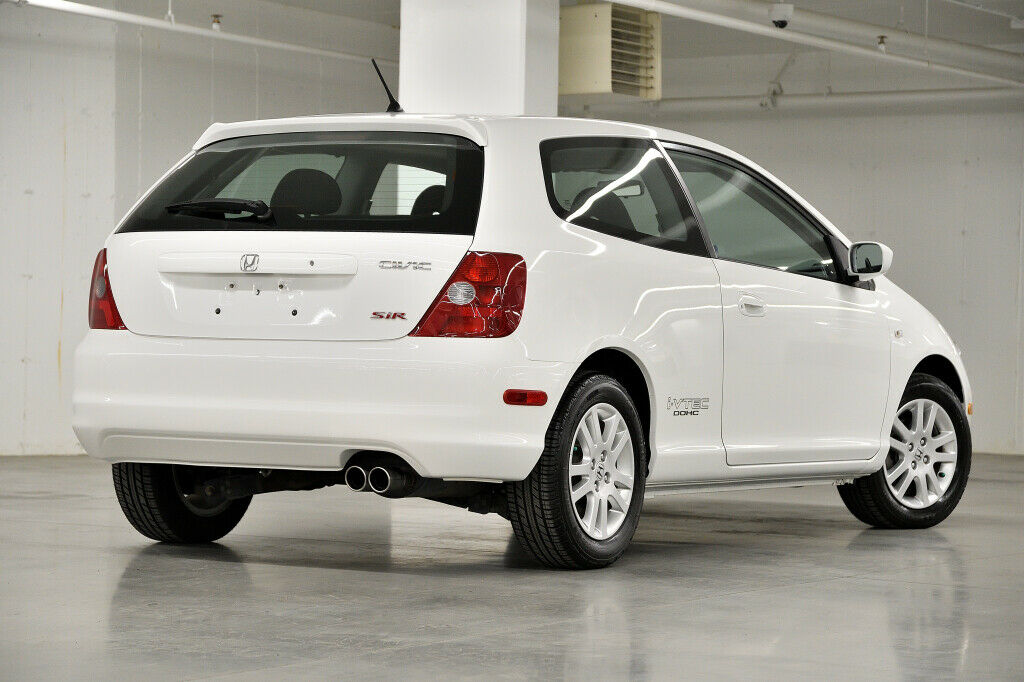 Compared to the previous-generation Civic Si and SiR, the EP3 model had MacPherson struts rather than a double-wishbone front suspension. It also weighed a little more than its predecessor, but made up for this with a 95 per cent increase in torsional rigidity, according to Honda. The EP3 SiR could hit 60 mph (96 km/h) in 7.6 seconds.

This particular example is up for sale on eBay. It currently resides in Chateauguay, Canada, has only 9,630 miles (15,500 km) on its odo and never driven during the winter, ensuring that it has no rust. The car was purchased from its original owner only two months ago and is being sold with a clean title, clean Carfax report, 3 original keys, and 2 remotes. 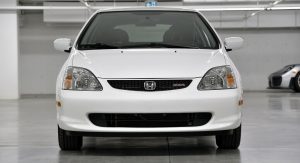 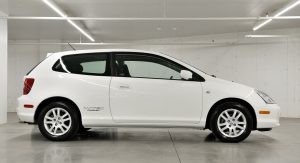 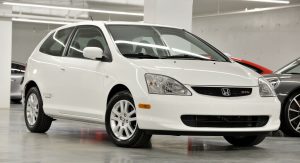 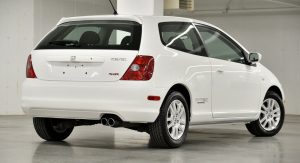 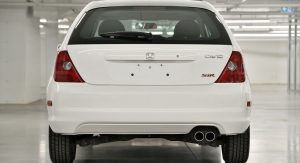 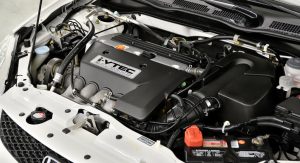 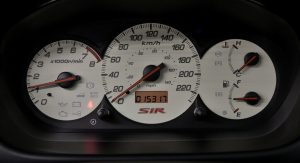 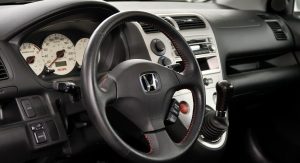 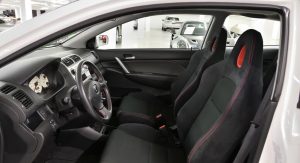 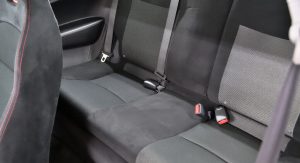 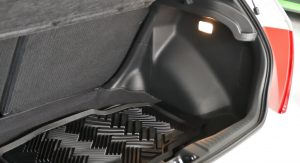 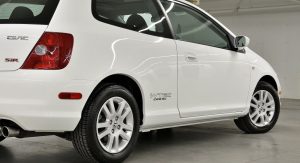 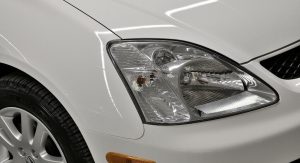 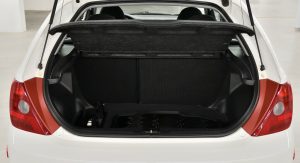 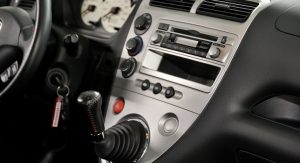