Tesla Model Ys that will be built at the company’s Gigafactory in Berlin, Germany will be the first to feature the automaker’s new 4680 battery cells.

Taking to Twitter, Elon Musk also confirmed that Gigafactory Berlin will build the Model Y with new front and rear single-piece castings while also utilizing “a new paint system.” Musk added that the new technologies that will be first used in Germany will later be used at its Fremont and Shanghai factories in approximately two years, when the technology is proven.

“Battery pack will be a bonded structure with cells providing shear transfer between steel upper & lower face sheets, eliminating most of the center body parts while providing better torsional rigidity & improved polar moment or inertia. This is a major breakthrough,” Musk said of the new structure and batteries to be used by the Model Y.

Lot of new technology will happen in Berlin, which means significant production risk. Fremont & Shanghai will transition in ~2 years when new tech is proven.

Tesla’s new 4680 battery cells are unique as the car manufacturer has been able to remove the tab from them. The tab is ordinarily used to form a connection between the cell and what it is powering but, by removing it, Tesla has been able to achieve five times more energy capacity and promises a 16 per cent range improvement for its various models.

The cells are known as 4680 because they measure 46 mm by 80 mm and are larger than Tesla’s current cells. Tesla will produce these cells itself, rather than relying on companies such as Panasonic, CATL and LG Chem like it currently does. 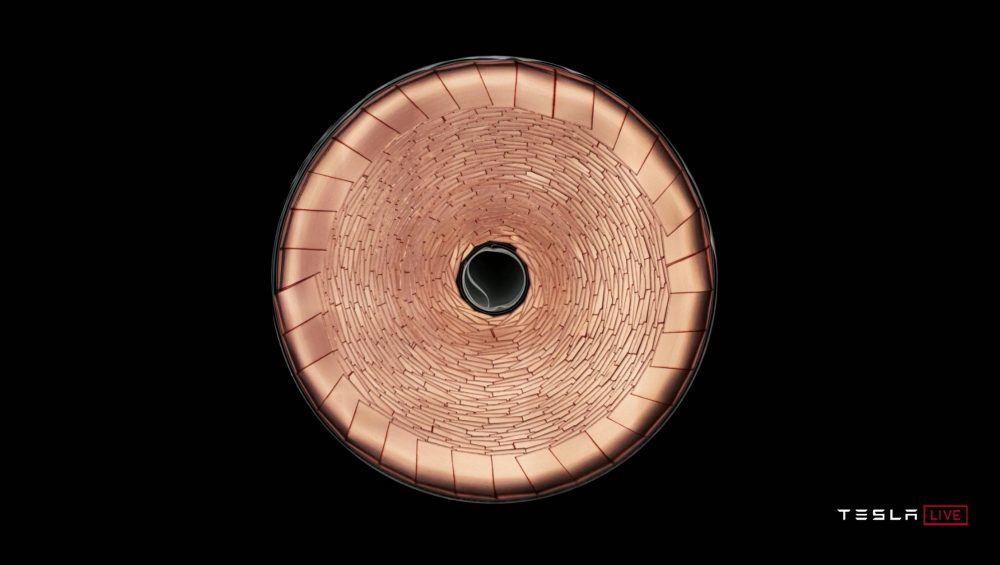