MINI has a longstanding partnership with the X-raid Team in the Dakar Rally and now their collaboration has expanded to road cars as well.

The result is the MINI Countryman Powered by X-raid, a more rugged variant that benefits from chassis modifications derived directly from rally raid events. The first and most obvious upgrade X-raid made was to increase ground clearance, with the Countryman now riding 40 mm (1.6 in) higher.

As a result of the higher ride height, the fording depth and approach angle are significantly improved compared to the standard Countryman. The wheels developed specially for rallying provide effective protection against tire damage, with a robust rim ring ensuring that it is not necessary to change the entire wheel if damage is sustained on rocky ground. The feature also creates a powerful visual impact and masks the high tire flanks.

No other details are offered, but the photos reveal some decals on the doors, bonnet and tailgate, as well as a lightweight aluminum roof rack. While the name may suggest otherwise, the MINI Countryman Powered by X-raid features no powertrain modifications. 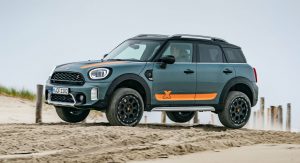 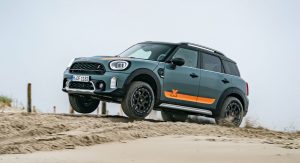 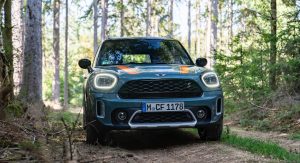 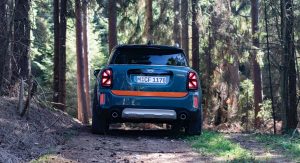 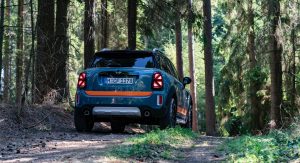 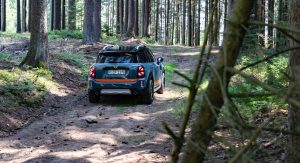 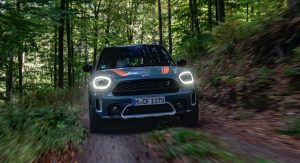 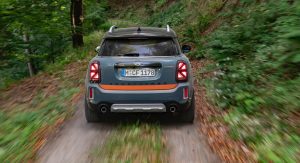 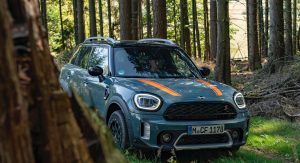 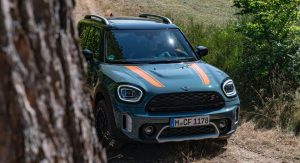 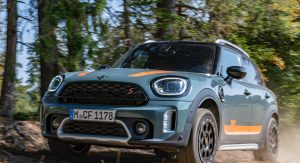 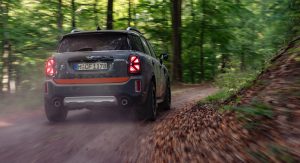 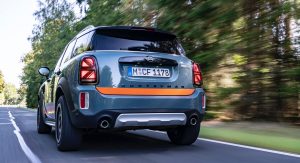 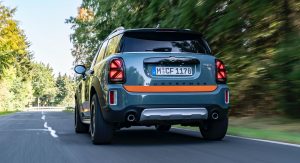 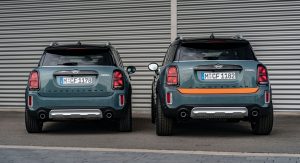 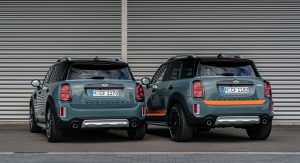 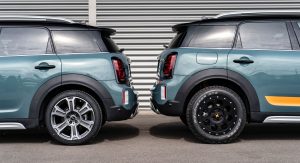 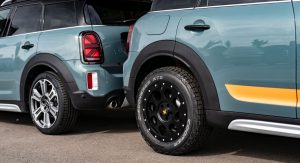 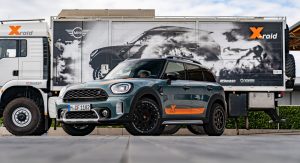 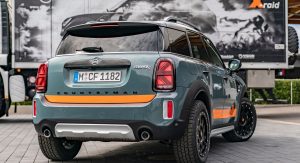 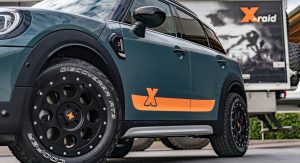 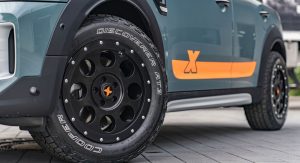 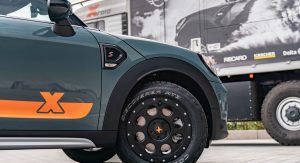 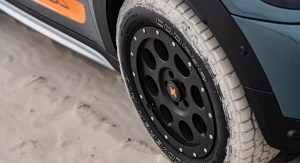