What do you do if you own a Honda Civic sedan but want the boy racer looks of the Type R? You modify the Civic with a host of aftermarket parts – and this is what you might get.

This Civic was recently spotted by a Redditor at the Six Flags amusement park in New Jersey and is quite clearly the pride and joy of the owner. We’re not convinced by the ‘intriguing’ modifications, however.

Elsewhere, the Type R wannabe has been fitted with what looks to be a large hood scoop in front of the sunroof. There are also a set of carbon fiber wing mirror caps and some bolt-on side skirts. Rounding out the modifications is the rear wing of a Civic Type R, as well as the vortex generators on the roof, parts which look like the real deal but might as well be replicas. There’s also the obligatory red Type R badge on the rear and a blue-tipped exhaust system. 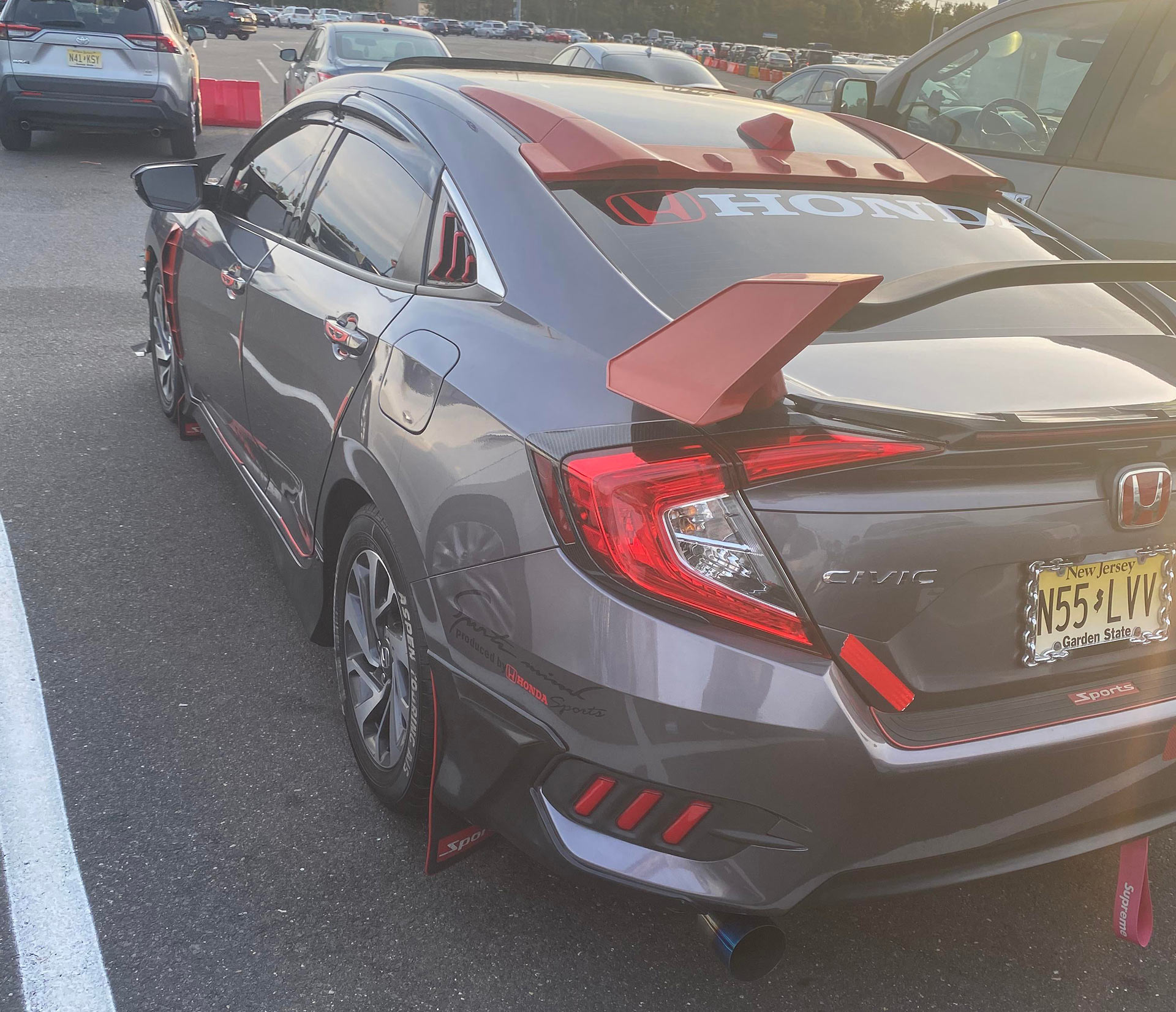 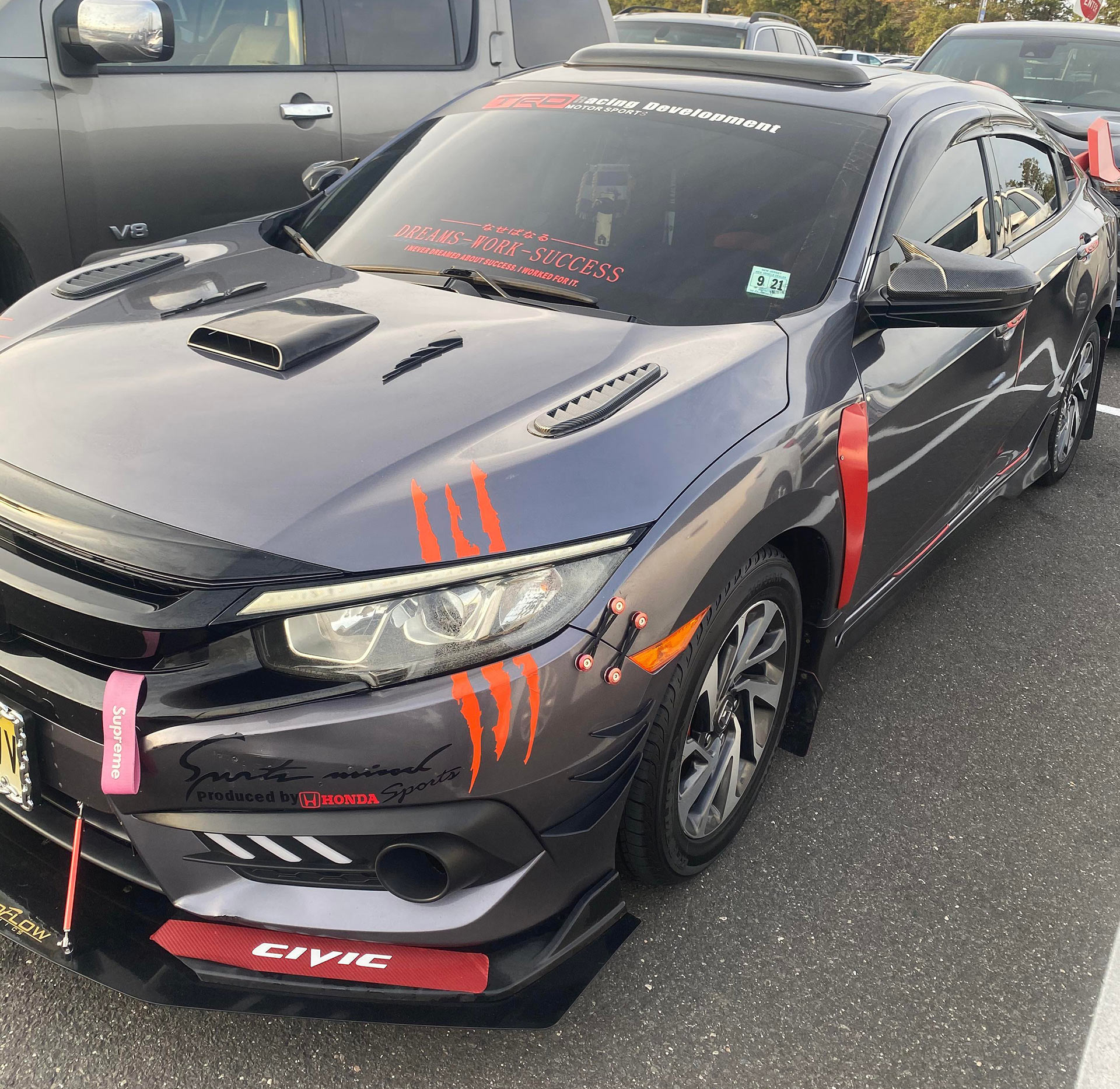