This Honda HR-V is perhaps the most striking you’ll ever come across and, as you can see, it has been painted by someone who clearly is a fierce supporter of President Trump.

At the front, the hood and grille are finished in blue, the bumper in black, the splitter in red, and there’s a sizeable ‘Trump Country 2020’ board in the center. Meanwhile, the doors have been painted red and the rocker panels white. 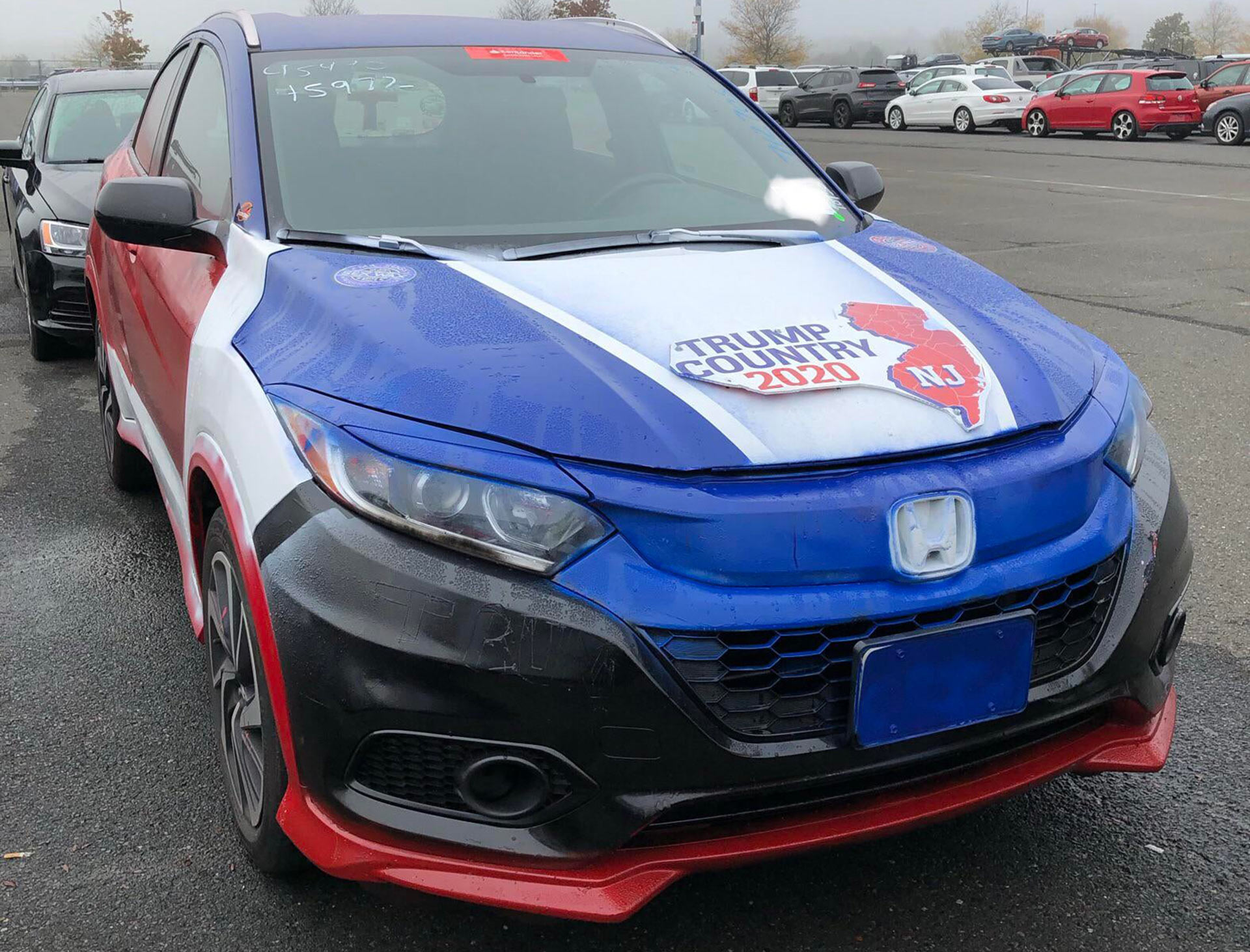 It’s at the rear, though, where most of the action is happening. For starters, there is a massive ‘Trump’ sticker on the rear window, and another one showing support for the Trump and Pence campaign. There’s also a sticker that reads ‘Veterans for Trump’ and a large sign screwed into the tailgate supporting ‘Jeff Van Drew for U.S. Congress.’

Look closely at the windshield of the HR-V and you may notice some numbers on the top left corner. These numbers, combined with the lack of license plates and the other vehicles in the background that also don’t have license plates, indicate that the SUV could be sitting in an auction yard.

Whatever the case may be, it’s a bit ironic seeing a Honda HR-V with this patriotic paint scheme and Trump stickers across it, as the President has been a vocal critic of Japanese vehicles, going as far as to declare them (and cars from other countries) as a national security threat back in 2019. 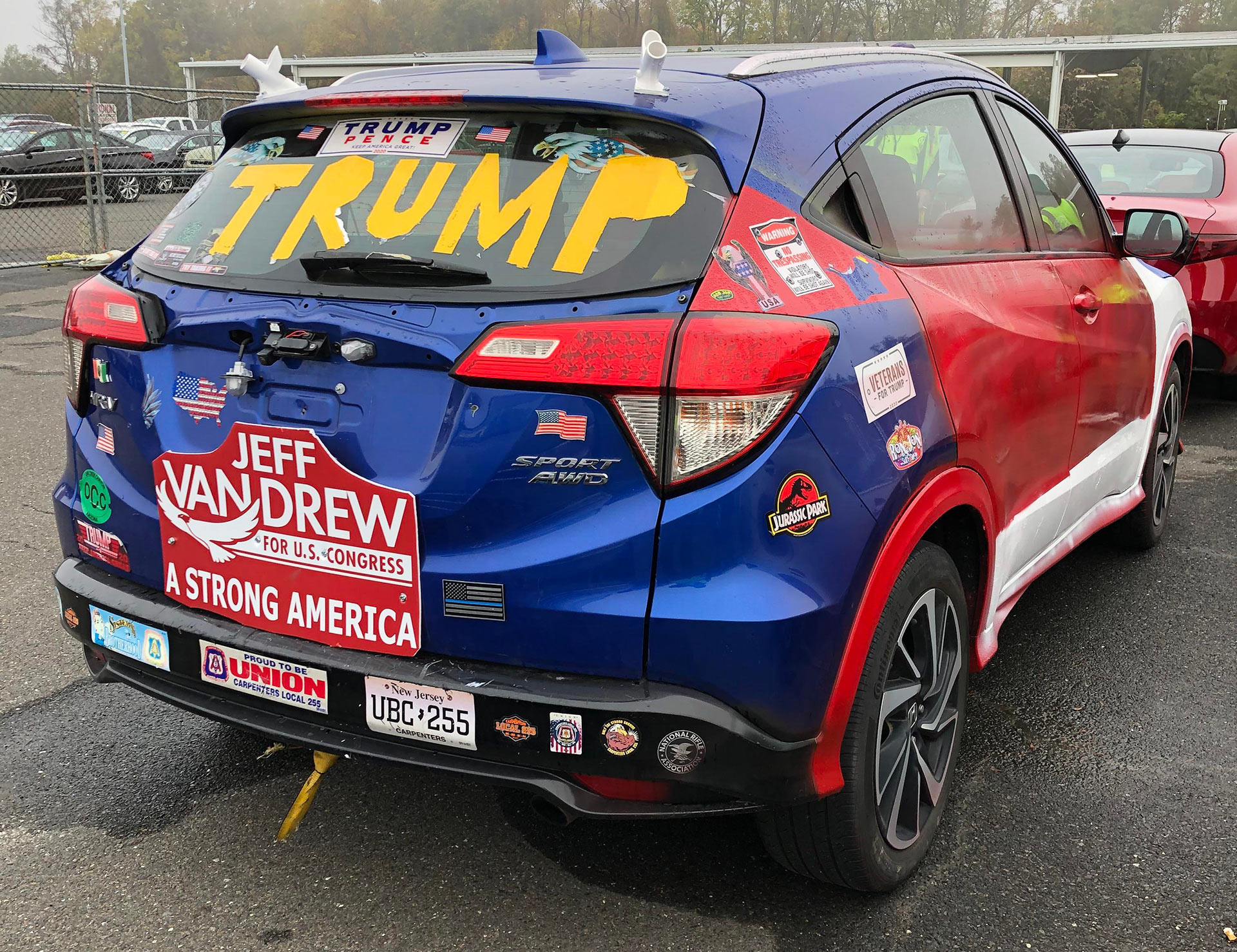