The meeting was widely reported and naturally sparked speculation about a potential partnership as Volkswagen is launching its electric vehicle offensive.

However, Diess dismissed the idea in a LinkedIn post saying “Just to be clear: We just drove the ID.3 and had a chat – there is no deal/cooperation in the making.” That will probably disappoint a number of people, but Tesla’s partnership with Toyota wasn’t exactly the stuff of legend either…

Besides downplaying the possibility of a tie-up, Diess posted a video of the meeting with Musk and a test drive of the ID.3. In the clip, Diess says “You know this is a mainstream car, not a race machine.” They laugh as Musk replies “I just wanted to see what the acceleration was like.”

Musk goes on the praise the ID.3’s steering as he says it’s “pretty good” for a non-sporty car. He then asks about driver assistance systems, and Diess responds “We have the typical German state-of-the-art lane keeping and emergency assist systems.”

After the two return to the airport hangar, we can see a thinly disguised ID.4 crossover. The two execs don’t discuss it on camera, but the ID.4 will be unveiled later this month. 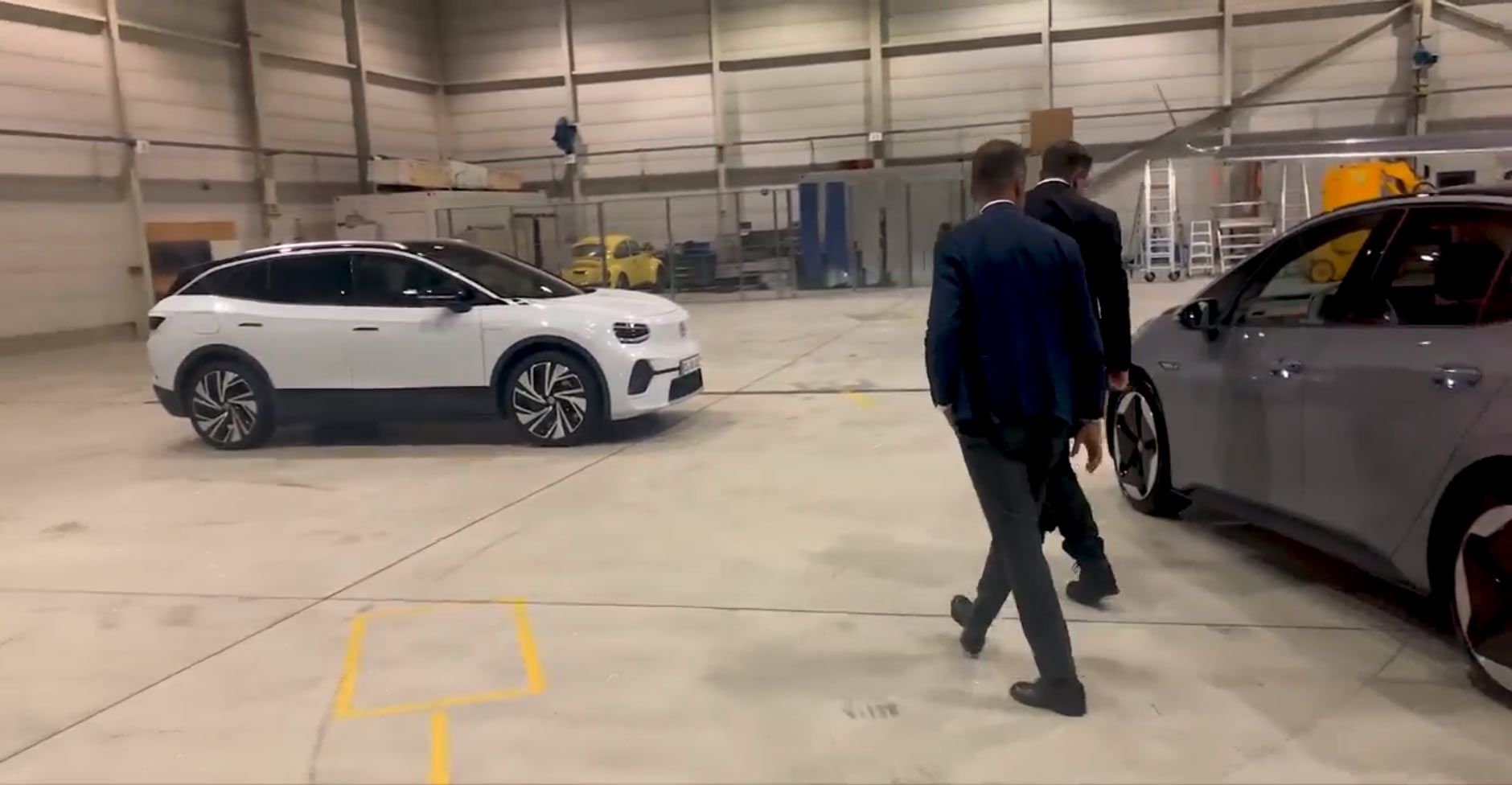