Let’s face it, most of the trucks you see on the road aren’t all that interesting to look at. However, if some of the industry’s leading car manufacturers were to venture into the semi-truck market, what kind of creations would they come up with?

These renderings depict semi-trucks from Aston Martin, Ferrari, Koenigsegg, Lamborghini, McLaren, Pagani and W Motors, and while none of them will ever see the light of day, we’d love to see more interestingly designed semis on our streets.

Starting with the Aston Martin semi-truck rendered by Fleet Logging, inspiration has clearly been taken from the DB11 with the front fascia of the grand tourer grafted onto a sleek truck body with a tall, wraparound greenhouse. 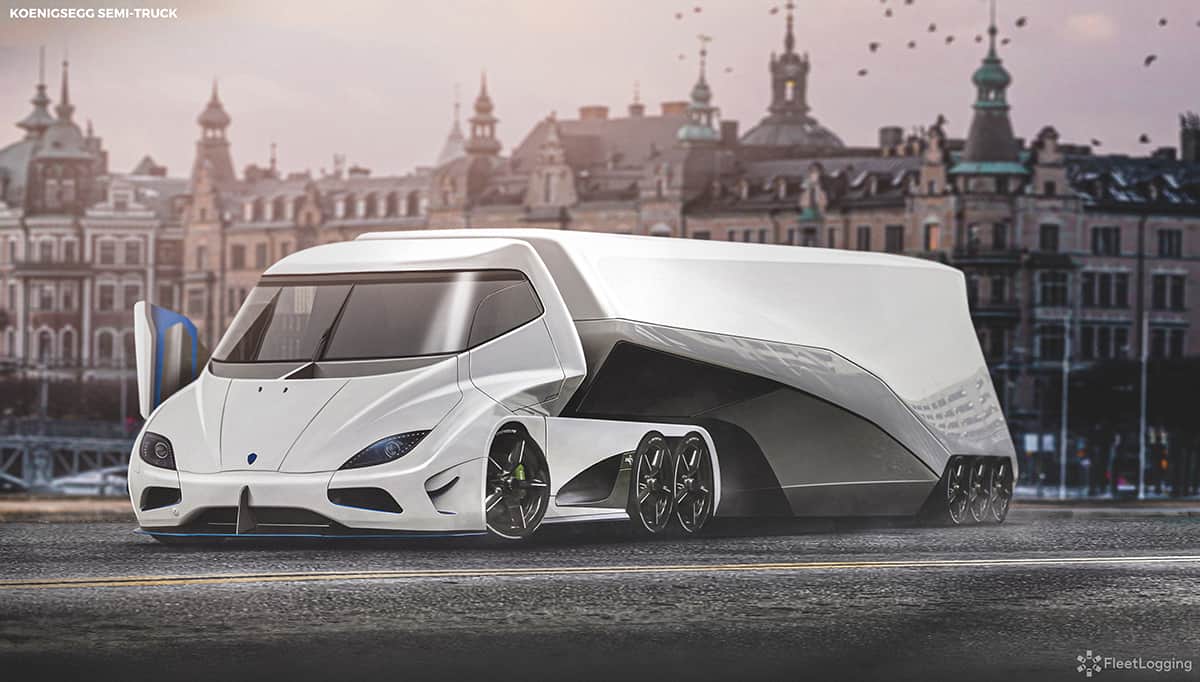 As for the Ferrari semi, it has been inspired by the Portofino and is particularly striking as it rocks a glass roof, giving drivers an open-air feeling unlike any truck of the modern day. Being a Ferrari, it is also painted red.

The Koenigsegg semi is one of the most striking and features the front end of an Agera alongside a black and white truck body. The artists at Fleet Logging tried their best to retain the wraparound windshield of the Agera – and, for the most part, they have succeeded.

The Lamborghini and McLaren trucks are based on the Urus and 720S respectively. Like all current Lamborghinis, tjr Italian truck is dominated by sharp, angular lines. By comparison, the design of McLaren’s truck is much more curvaceous and includes enlarged headlights.

The final two are the Pagani and the W Motors ones, which are based on the Huayra and the Lykan HyperSport respectively. 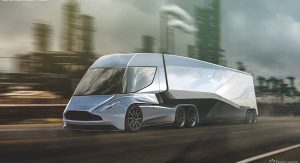 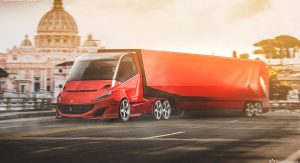 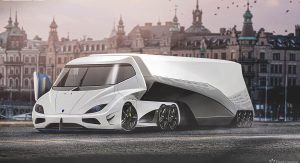 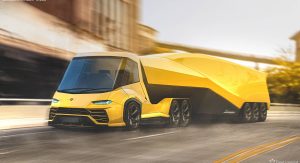 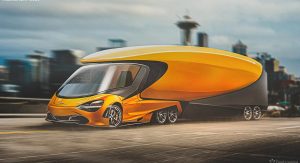 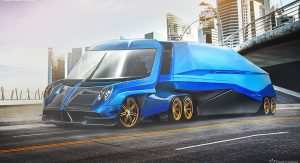 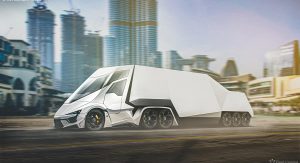