Renault’s factory team will take a breather in Formula One starting next year, when it will be rebranded as Alpine F1 Team.

By using the phrase “put the colors of French excellence at the heart of Formula 1” in their press release, we can only assume that the 2021 Alpine cars will boast a tricolor blue, white and red livery. However, the rendering you see here is most likely just meant for the announcement, as it is way too premature to consider actual 2021 designs at this point.

What we can tell you is that the new livery could feature sponsors such as Infiniti, Mapfre, Dupont, RCi, Microsoft, Yahoo, HP, Siemens, Boeing and of course, OZ and Pirelli – all of which are found on the 2020 Renault R.S. 20 car.

“Alpine is a beautiful brand, powerful and vibrant, that brings a smile to the faces of its followers. By introducing Alpine, a symbol of French excellence, to the most prestigious of the world’s automotive disciplines, we are continuing the adventure of manufacturers in a renewed sport. […] Alpine will also bring its values to the F1 paddock: elegance, ingenuity and audacity,” said recently-appointed Renault Group CEO, Luca de Meo.

This year, Renault is engaged in a tight midfield battle with Racing Point, McLaren, Ferrari and Alpha Tauri, with the French outfit having amassed 71 points in the Constructor Standings, enough for fifth place honors.

We can only assume that being 27 points behind McLaren (which also utilizes Renault power) isn’t ideal for the latter at all. 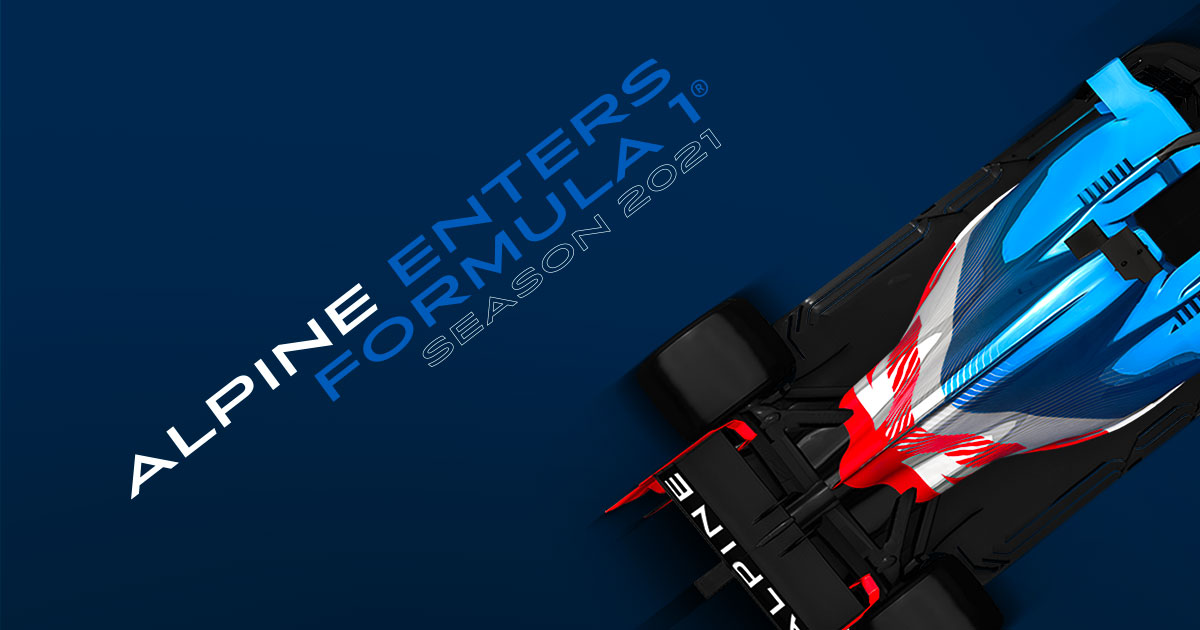