Porsche has been spied putting the 992-generation 911 GT3 through its paces but rather than testing the new sports car against some of its rivals, it was instead spotted testing the new car alongside a 991.2 GT3 and GT3 RS.

While some people criticize Porsche for never really overhauling the iconic design of the 911 (cough, cough, Jeremy Clarkson), these spy shots show that the 992 GT3 will be easily-identifiable from the previous-generation model.

Up front, the new sports car features a revised front bumper with an enlarged grille and a set of subtle air intakes on either side of the grille. In addition, we can see that Porsche has removed the thin vent just below the front badge. The new 911 GT3 also features a set of new headlights and includes an aggressive hood with vents to aid in aerodynamics. 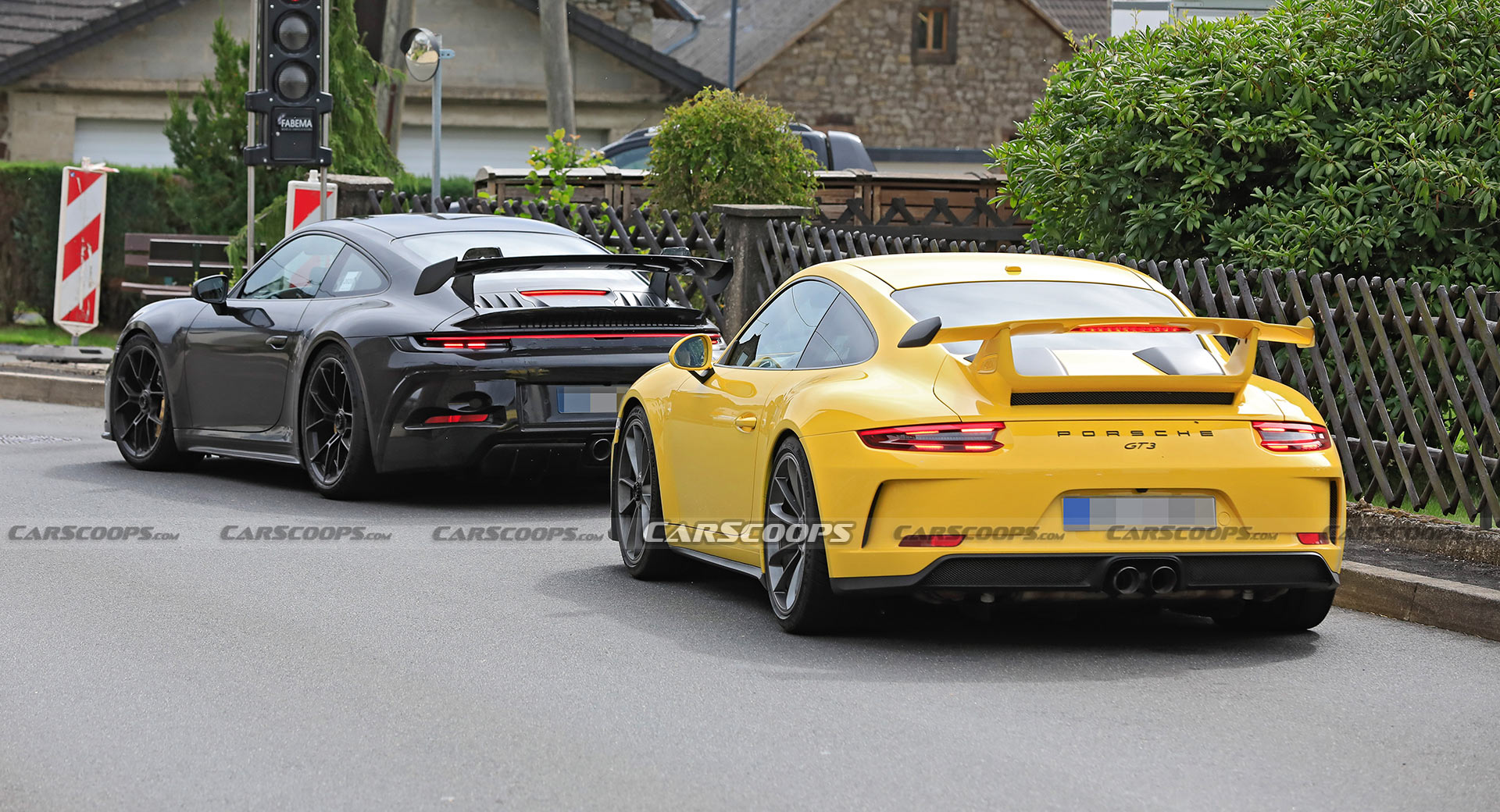 While this prototype has a little bit of black tape and body cladding across the rear, key differences are still apparent. For example, the car has a wider wing with swan neck-style uprights. The decklid itself also appears wider and there is an additional lip spoiler. Porsche’s designers have also created a more aggressive (and effective) rear diffuser to help stick the rear wheels to the pavement.

All in all, we think the new Porsche 911 GT3 looks much more purposeful than the 991.2 model. However, is it as easy on the eyes? We’ll reserve judgment until the car is officially unveiled.

It is understood the new 911 GT3 will feature a revised version of the 4.0-liter naturally-aspirated six-cylinder powering the previous model, albeit outfitted with a petrol particulate filter to lower emissions and make it emissions-compliant in Europe. While this filter could muffle the sound, Porsche can be expected to gently bump up the power figure to beyond 520 horses. 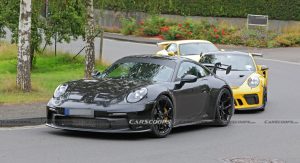 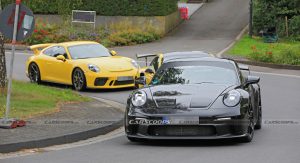 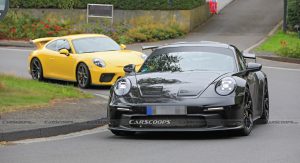 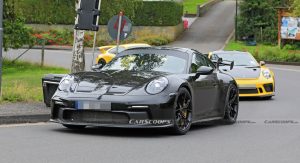 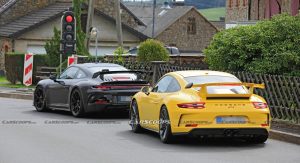 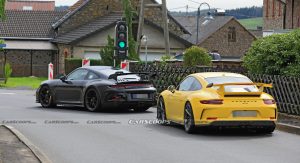 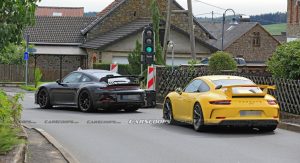