Is This Another Jeep Thing? Wrangler Found Abandoned Hanging Off A Californian Cliff

A Jeep Wrangler has been bizarrely left abandoned along a bike trail in California.

Images recently shared to the Hemet Eye News page on Facebook show a black, four-door Wrangler sitting precariously on a ridgeline, seemingly abandoned. This particular ridgeline appears to from part of the West Ridge trail near the town of Loma Linda and overlooking the San Bernardino Valley.

The Drive speculates the owner of the Jeep likely drove around a blockade or were distracted when off-roading in order to reach this point. Evidently, this is not a trail designed for off-roading but instead for mountain bikers and hikers. It seems likely that the driver of the Wrangler decided to cut their losses after getting stuck on the narrow ridgeline and simply left the Jeep. 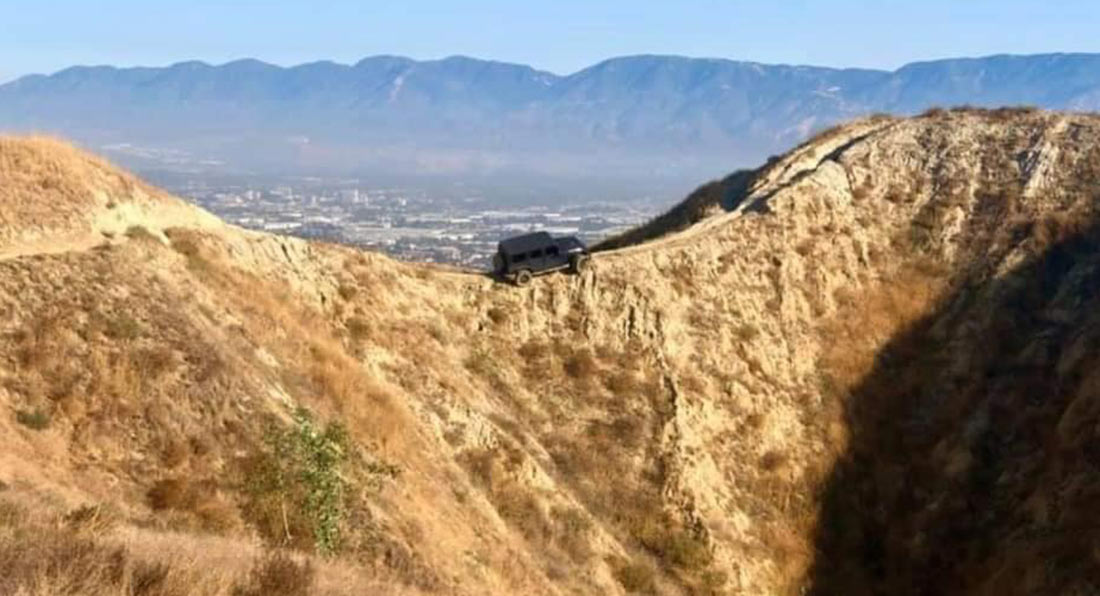 In some of the photos, it looks like it could be quite an easy recover but other images show that on one side of the ridgeline is a steep drop-off, inevitably complicating any potential recovery mission.

Using a winch is often the best way to free an off-roader but doing so could prove to be quite a challenge given the Jeep’s precarious position. Not only would another 4×4 need to drive up to the same location but even with a winch attached, it would be extremely difficult to winch the Wrangler out at just the right angle so it doesn’t slide off the ridge. Perhaps the best way to recover the off-roader would be for someone to simply jump in and reverse out but that would take a very brave soul. 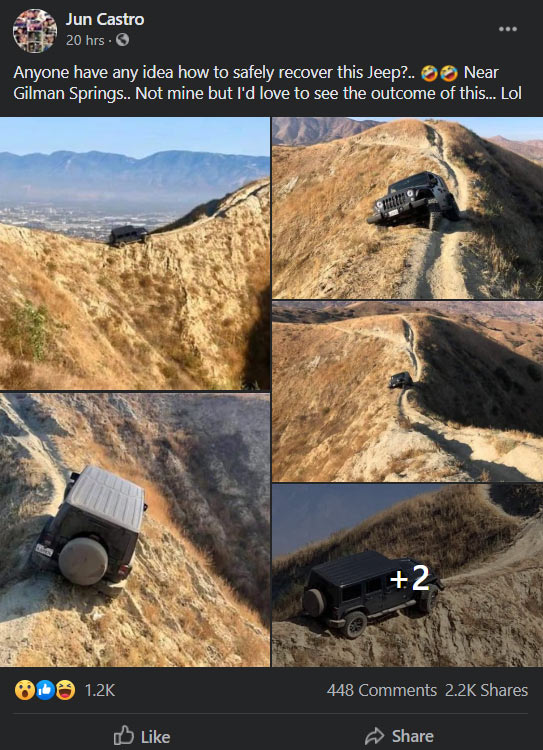 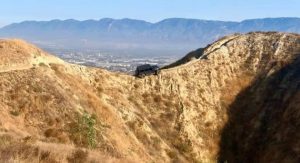 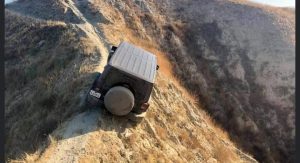 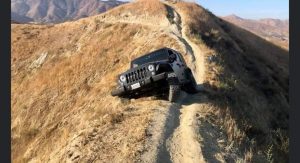 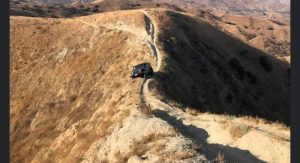 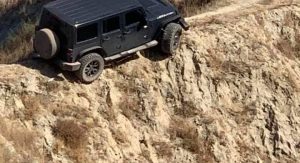 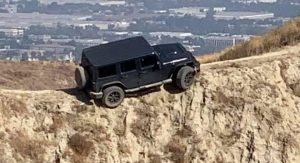