Hyundai isn’t known for their vans, but spy photographers have caught pictures of the upcoming H-1 / Starex / iMax.

Set to get its first redesign in more than a decade, the van is heavily disguised but features an all-new front fascia with a wide grille that appears to span nearly the full width of the vehicle.

Additional details are hard to make out, but we can see headlights that are mounted low on the bumper. This suggests the model will adopt split lighting units similar to those found on crossovers such as the Santa Fe, Palisade and Venue. 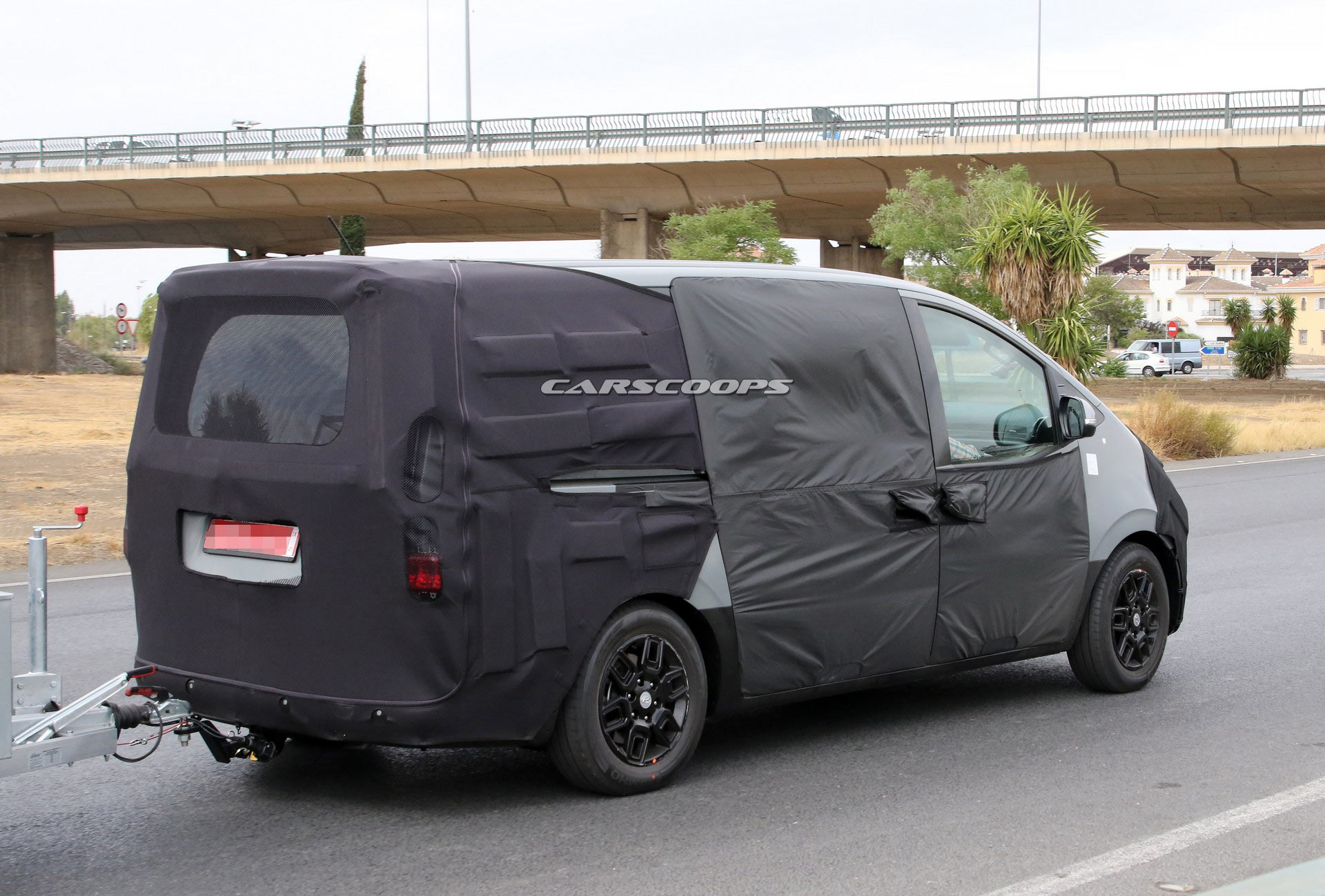 Moving further back, we can see pronounced wheel arches and triangular front quarter glass. The model also has larger windows which should help to improve visibility. The van also retains its boxy shape as practicality and space are the name of the game.

The interior picture isn’t the best, but we can see the van will have a free-standing infotainment system and a passenger side dashboard with metallic accents that flow into the air vent. The latter feature can also be found on the 2022 Tucson, which debuted earlier this week.

Little else is known about the van at this point, but we can expect an assortment of petrol and diesel engines. We also wouldn’t be surprised if the current five-speed automatic transmission is replaced by something a bit more modern.

The redesigned H-1 / Starex / iMax is expected to be introduced next year and should be offered in a variety of international markets. 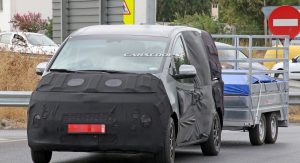 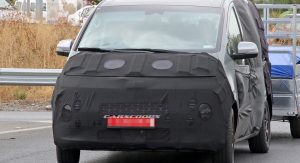 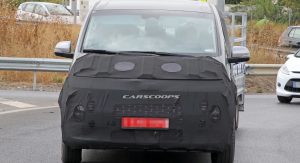 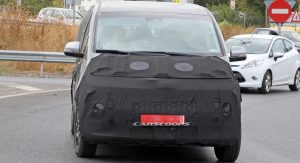 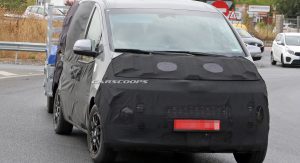 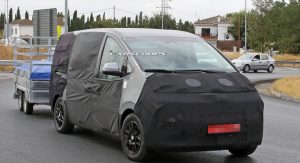 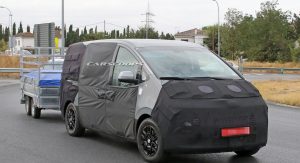 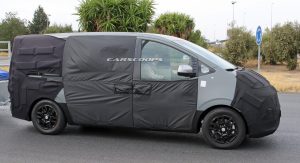 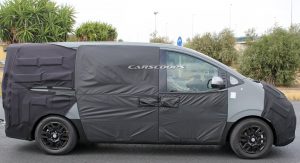 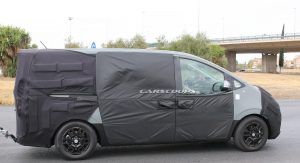 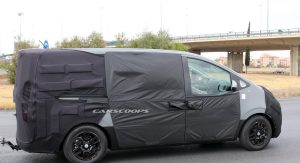 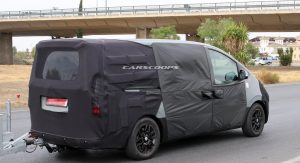 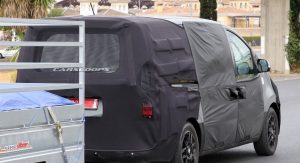 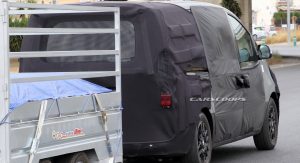 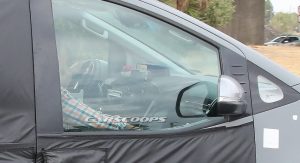