With deliveries of the two-door new Fiat 500 EV set to commence next month, it’s now being reported that the Italian carmaker is also planning on revealing another variant of the electric minicar, featuring a small, front-opening door for easier access to the rear seats.

This third door will be placed on the right side of the car, adding about 66 lbs (30 kg) to the vehicle’s total weight, incorporating the B-pillar for added strength.

Sales for this novel three-door variant would commence in early 2021, as per Autonews Europe.

As for what it could be called, people briefed on the plan claim that it could take on the name Trepiuno, or “three plus one”, as a connection to the 2004 concept that had the same name, which eventually morphed into the production Fiat 500 back in 2007.

However, that particular concept could convert to a four-seater from a three-seater, hence the designation. In case of the electric 500, it would refer to it having two doors, a tailgate and this new third door.

Of course, such a setup is not something we haven’t seen before in the industry. Remember the Mazda RX-8 sports car? It too had a third door just like this – as did the first-generation MINI Clubman (current one has four doors), and of course various extended cab pickup trucks. Now, since this third door would be on the right side of the new 500 electric, it means that it would be on the driver’s side in the UK and Ireland.

The model will stand as the third variant of the new 500, after the hatchback and convertible. Full pricing will be announced at a later date. 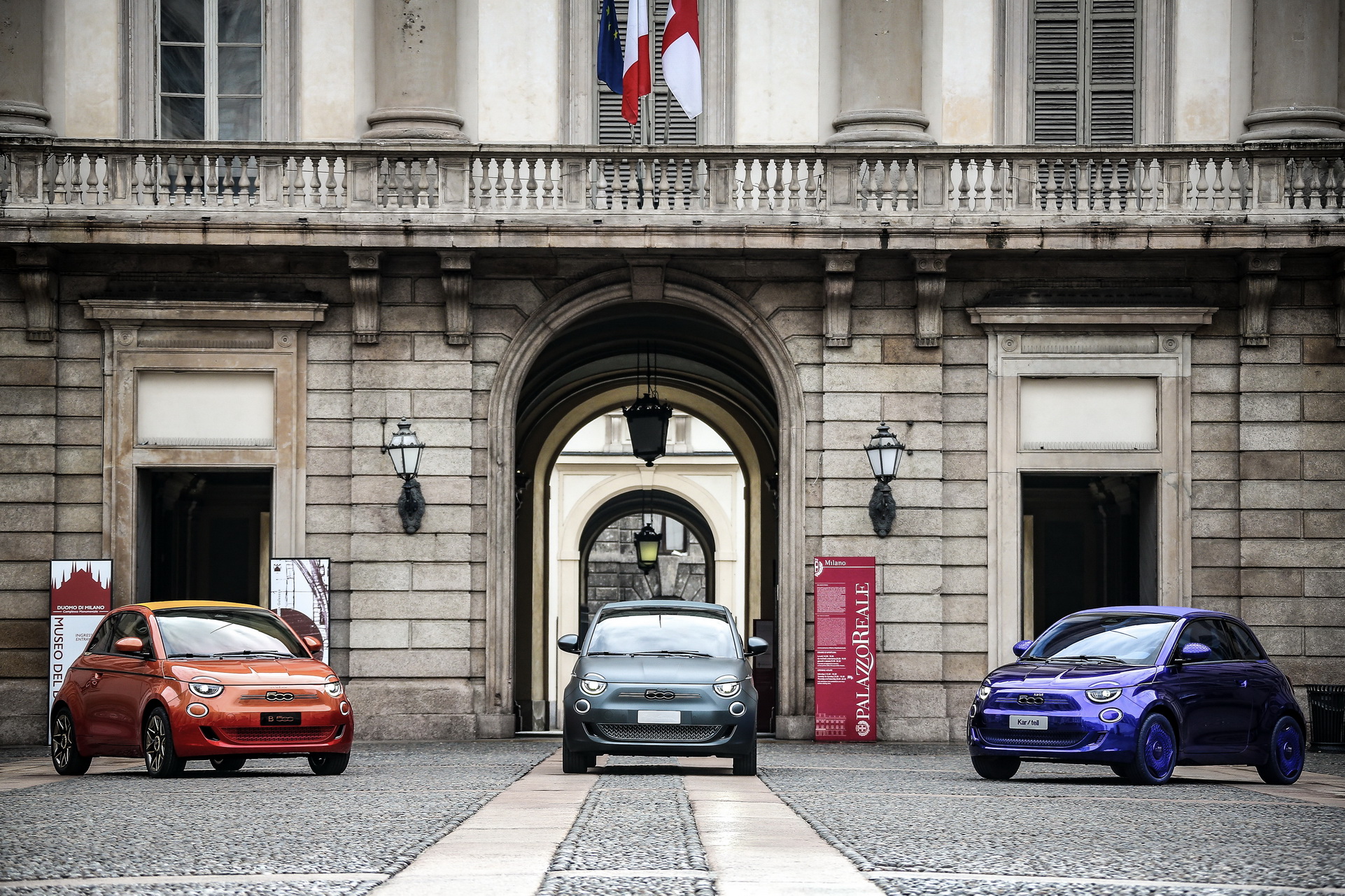