The Changan Ford joint venture brought its flagship 2020 Explorer Platinum model to the 2020 Beijing Auto Show in a bid to overshadow rival carmakers currently active in this segment.

China’s Explorer is a little bit different to the one that’s being sold in the United States, which came as no surprise during the model’s online reveal back in April. The wheelbase however is the same.

As seen here on display, you can make the case for this Explorer looking a little more imposing than the one available in the States, and it all starts with the larger front grille and sportier-looking bumper design. 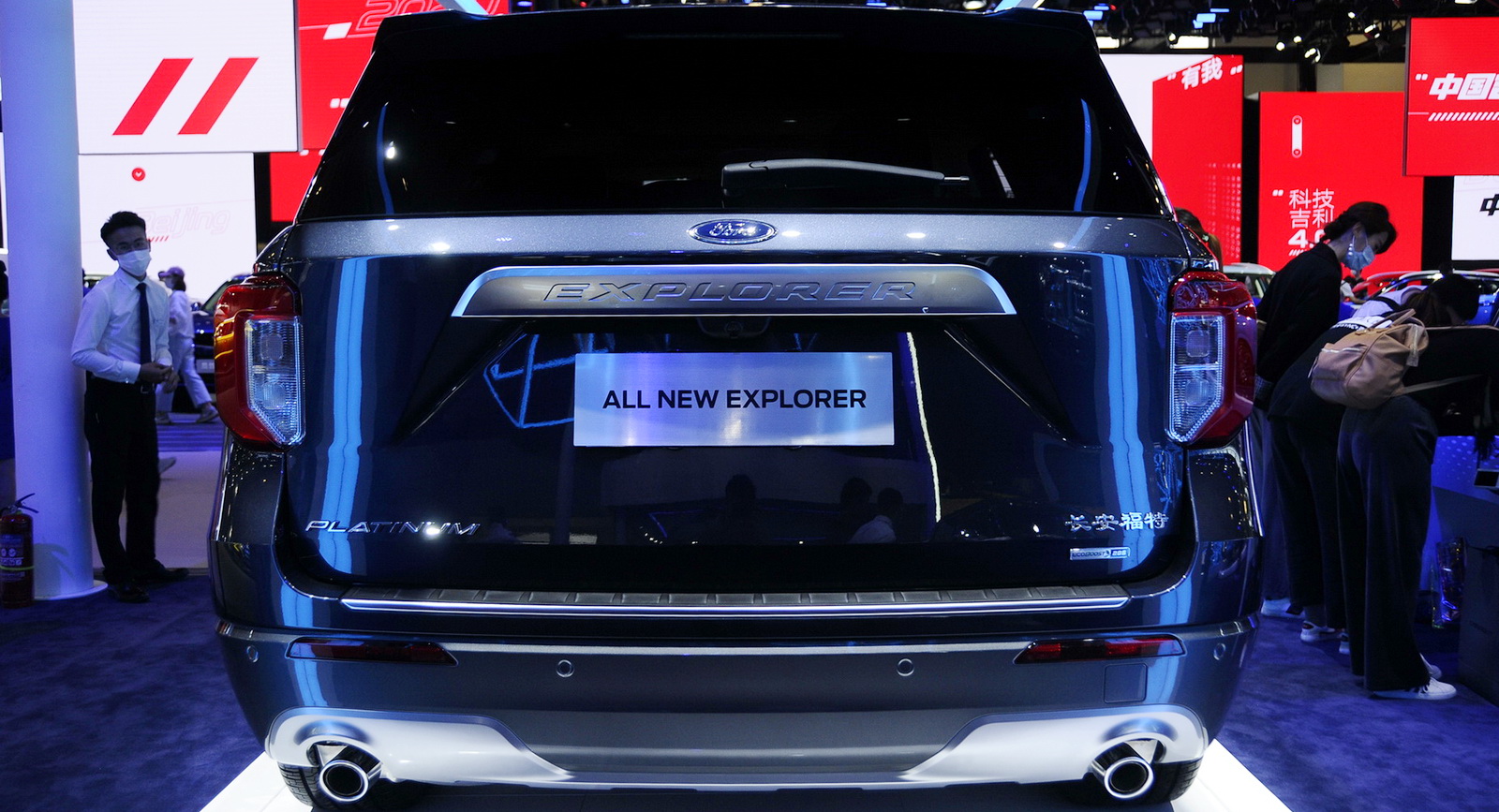 Other exterior changes include new chrome trim underneath the daytime running lights and dual tailpipes at the rear, whereas the U.S. model packs quad pipes in Platinum spec, which arguably lool more dynamic but maybe are a bit less stylish.

In any case, more changes can be found inside, where the SYNC3 infotainment system’s display stretches past the physical buttons for the climate control and audio system, which are now accessible through the screen. Less buttons usually makes for a cleaner and more modern appearance, so we understand why the joint venture opted to make this change inside. 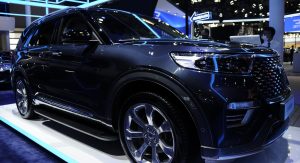 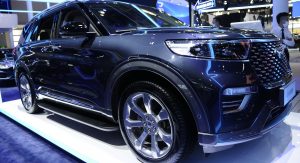 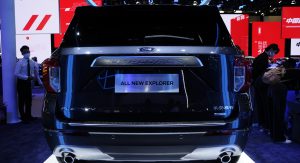 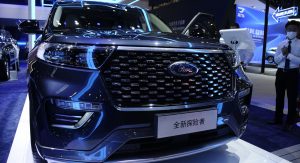 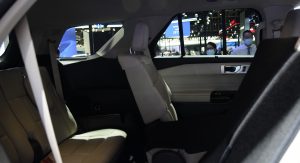 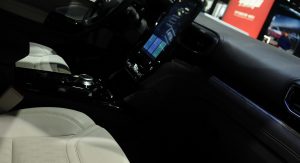 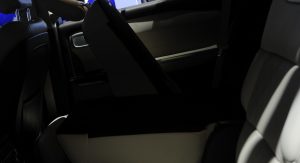 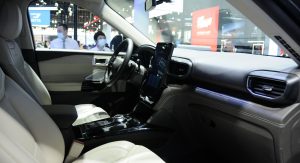 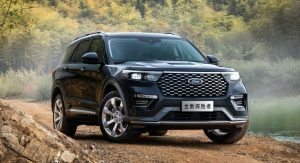 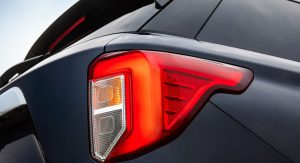 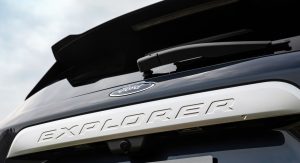 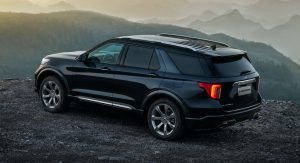 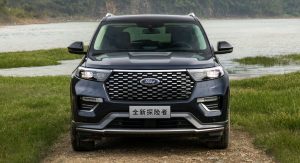 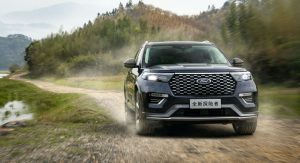 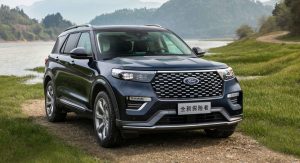 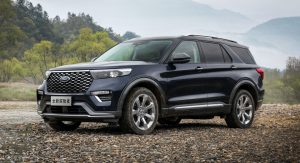 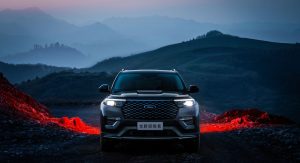 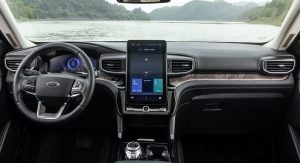 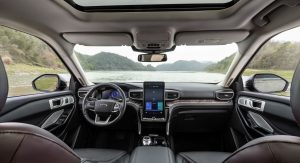 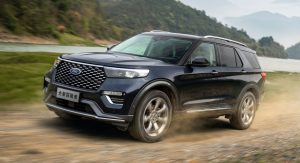 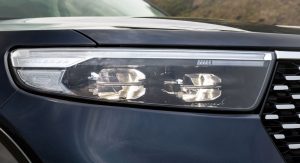 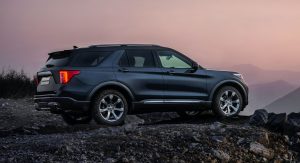 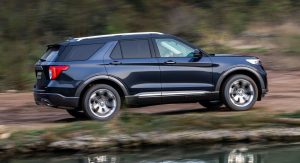