2021 Hyundai Tucson: European Range Detailed In All Its Electrified Glory

The new Hyundai Tucson is arguably one of the most striking new SUVs revealed this year, thanks to the carmaker’s ‘Sensuous Sportiness’ design language.

The sharp exterior design of the new Tucson is accompanied by a completely revamped interior that’s nothing short of a radical departure over the outgoing model; the lines of the dashboard blend seamlessly with the door cards while the center console does away with physical knobs and buttons.

The 10.25-inch instrument cluster is left uncovered to boost the feeling of openness inside while the infotainment system also uses a 10.25-inch display and features the latest version of Hyundai’s Bluelink connected services. The controls for the HVAC are all operated by touch while new indirect air vents are combined with the classic directional ones for gentler airflow. 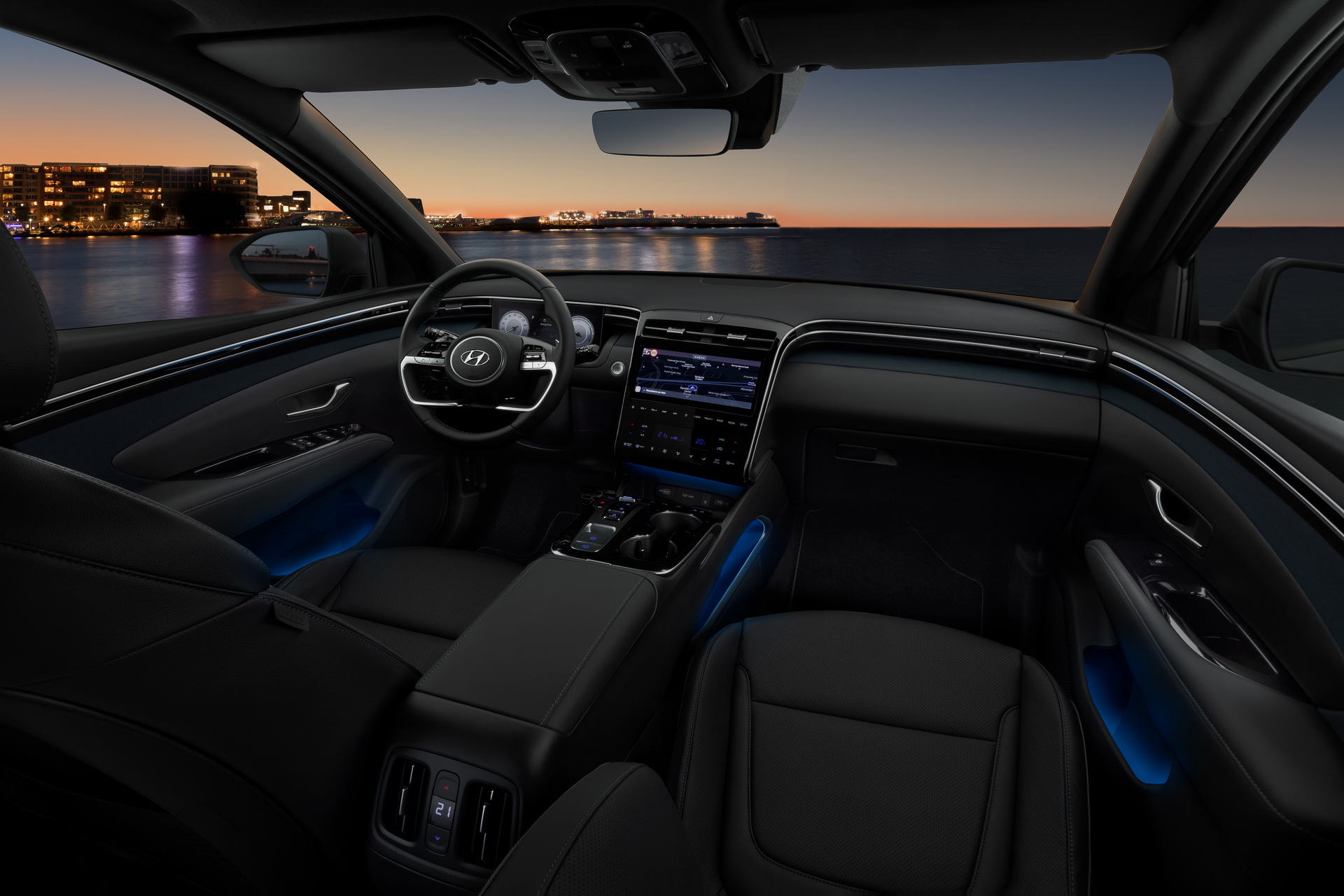 The European range of the new Hyundai Tucson will include no fewer than five electrified powertrain options, as well as one petrol and one diesel, offering the broadest selection of electrified powertrains in the compact SUV segment. Hyundai will also introduce a range-topping plug-in hybrid variant in 2021 based on the 1.6-liter T-GDI petrol with a combined output of 261 HP (265 PS).

At launch, the most powerful Tucson in the range will be the hybrid 1.6-liter T-GDI HEV, which combines the turbocharged petrol engine with a 59 HP electric motor and a 1.49 kWh lithium-ion polymer battery for a system output of 226 HP (230 PS). The hybrid Tucson will be offered with a six-speed automatic transmission and optional four-wheel-drive. 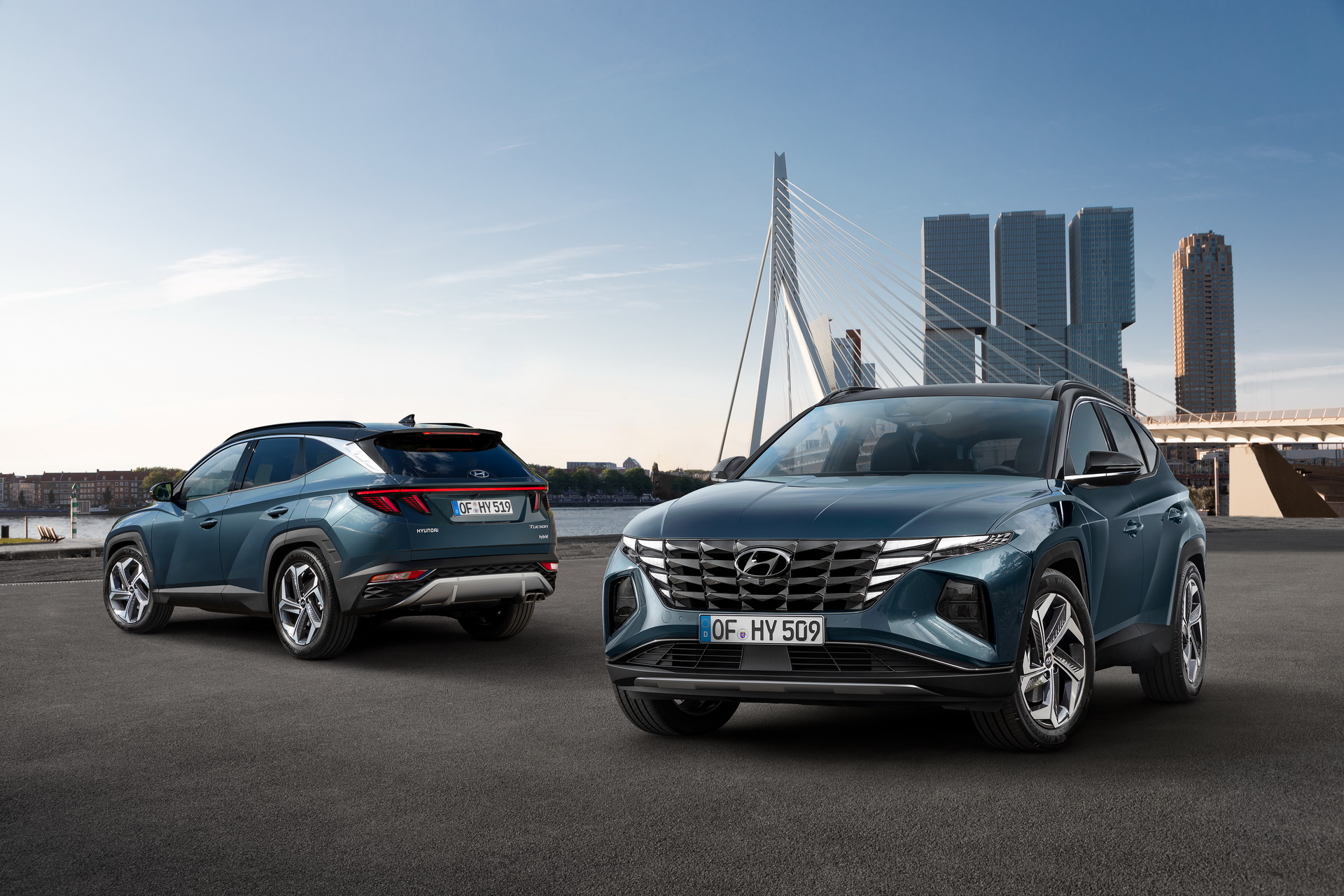 In fact, most powertrains will be offered with optional four-wheel-drive, which has become something of a rarity in the segment. Mild-hybrid petrol models will come fitted with the company’s six-speed Intelligent Manual Transmission (iMT) as standard, while a seven-speed dual-clutch automatic will be an option.

Hyundai’s Intelligent Manual Transmission in the Tucson is newly developed for electrified applications, allowing the engine to decouple from the transmission when the driver depresses the accelerator while driving at a constant speed, enabling the vehicle to coast and improve fuel efficiency. The gear remains engaged with the engine turned off and it restarts in the same gear thanks to the power provided by the mild-hybrid system. 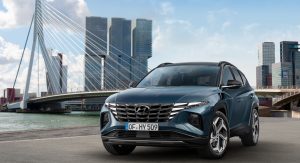 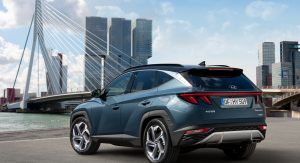 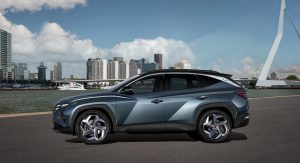 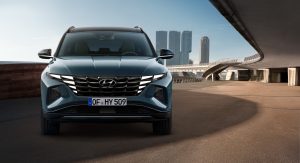 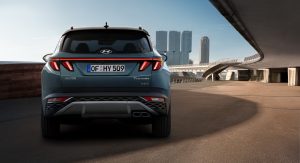 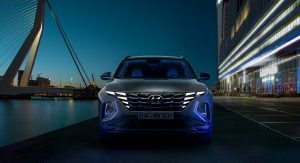 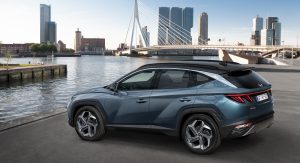 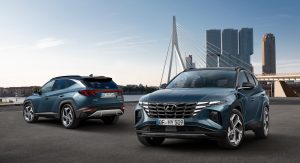 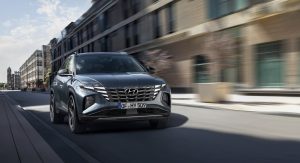 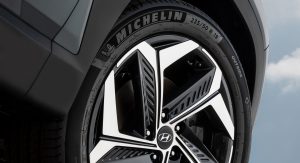 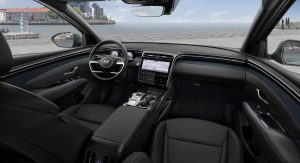 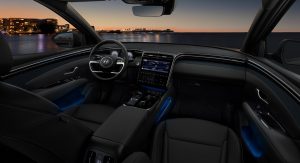 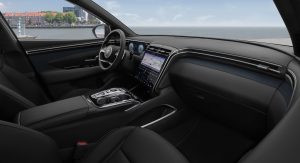