2021 Hyundai Tucson: An Illustrated Preview Of The Next Gen Compact SUV

Since its debut back in 2004, the Hyundai Tucson nameplate has proven to be very successful for the Korean brand, helping them compete against some of the most popular crossovers in the segment for the past 16 years and counting.

We should get a brand new, fourth-generation Tucson before the end of this year, and its styling is reportedly influenced by the stunning Vision T Concept.

According to Hyundai, the Vision T is “the most avant-garde, the sportiest, freshest and most dynamic” CUV they’ve ever designed, which bodes well for the Tucson.

So what can we expect? According to the spy images and videos, these recent renderings by Kolesa that have been tweaked to take into account all the latest details we’ve seen on prototypes could prove very accurate. The front end and various lateral design elements are recognizable as far as real world prototypes are concerned, while the back should look a little something like this too. 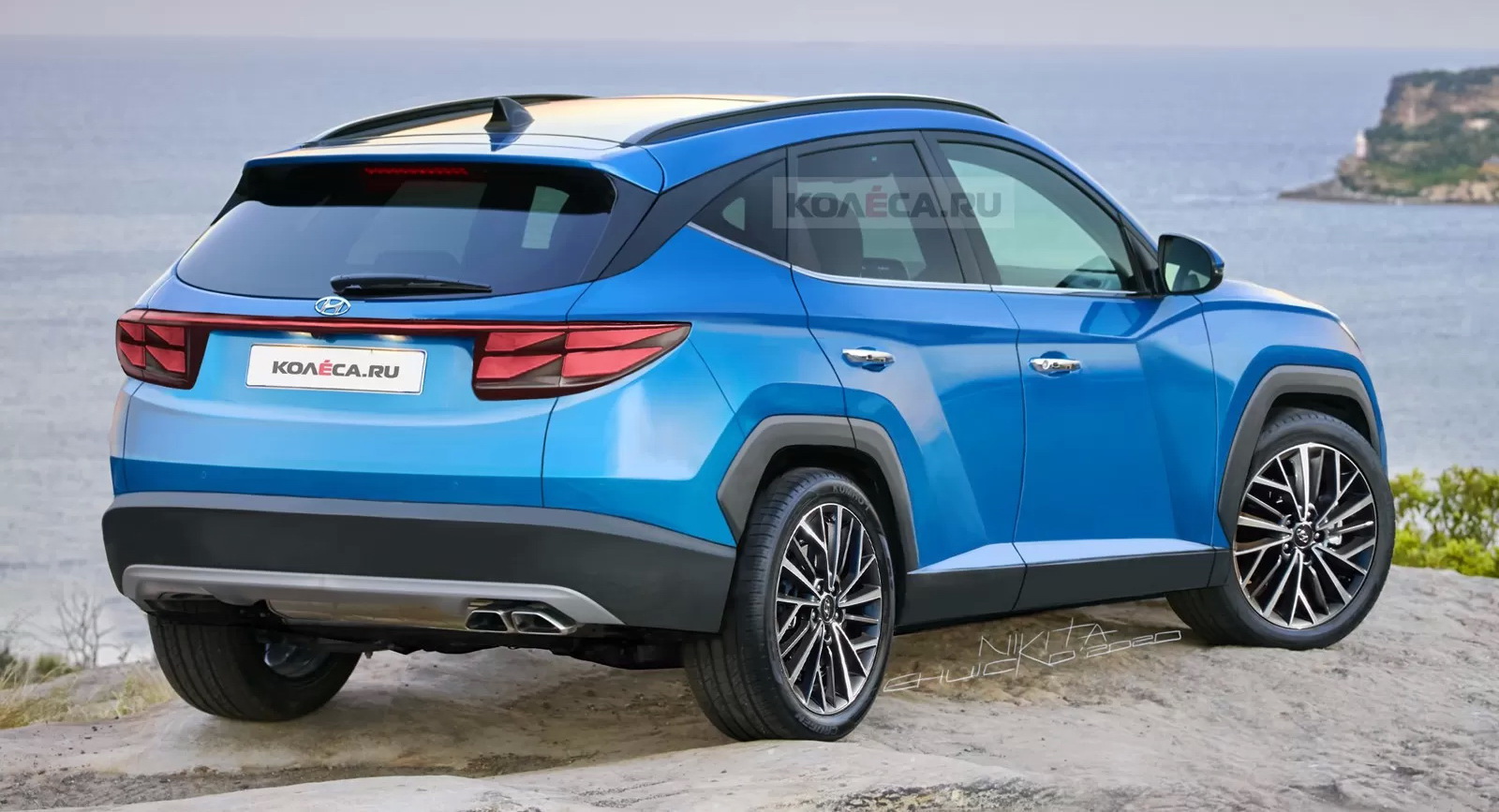 The taillight graphics are still a question mark though, but that horizontal light bar has already been confirmed thanks to our spy photographers.

North American buyers should get the 2021 Tucson with a 2.5-liter Theta3 engine, in both turbocharged and naturally-aspirated form – it will work alongside an eight-speed automatic gearbox. We could also see a Hybrid variant, possibly powered by the 2.0-liter GDI unit from the Sonata Hybrid, where it puts down 192 HP.

Note: These are individual illustrations made by Kolesa and are in no way related to or endorsed by Hyundai