Our spy photographers have spotted a trio of what appear to be pre-production 2021 M3 prototypes sitting at a BMW lot, two of which could be Competition models.

The all-new BMW M3 is penciled in for a global debut this autumn in September, powered by a new straight-six putting down a minimum of 473 HP (480 PS) in the base model, and 503 HP (510 PS) in the M3 Competition variant.

Back to the styling for a minute. We’ve known for some time that the 2021 M3 would be rocking the carmaker’s massive kidney grille design; what we haven’t been able to detect is any subtle differences between previously-seen prototypes. 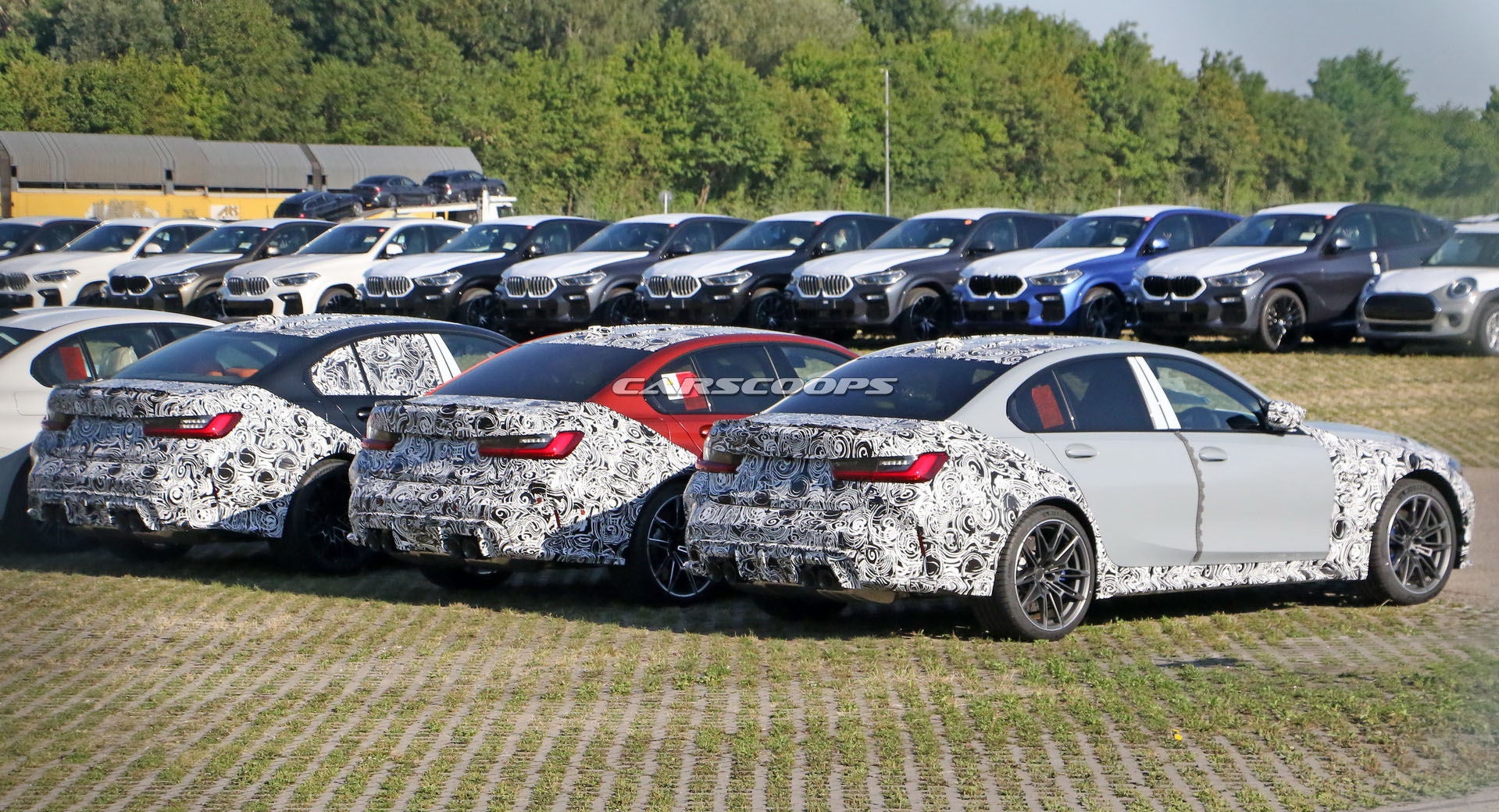 That all changes today, as two of these three cars appear to be a little different. Look closely at the grey and black M3s and you’ll see that they don’t have the red one’s honeycomb grille pattern in the air intakes. Meanwhile, the red one doesn’t have those extra fins embedded in the rear diffuser, which could mean that it is a “regular” M3, while the grey and black ones are Competition models.

We also know to expect the addition of an M xDrive all-wheel drive system on the M3 Competition, with initial M3 models to feature a classic rear-wheel drive configuration.

Inside, the M3 will offer BMW’s latest infotainment software, sports seats and steering wheel (with Alcantara as an option), plus various upholstery configurations. Competition models will of course have a slightly more dynamic aesthetic inside.

Once out, the 2021 M3 will duke it out with its main rival, the Mercedes-AMG C63 and C63 S, the Alfa Giulia QV, but also the Audi RS4, despite the latter only being available as a station wagon. 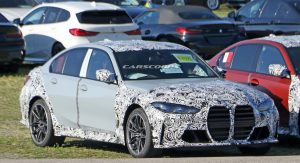 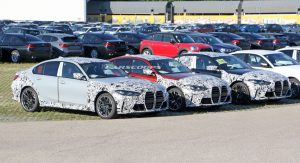 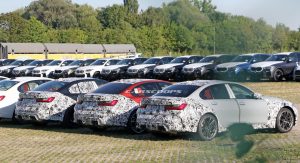 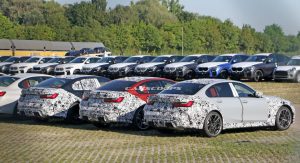 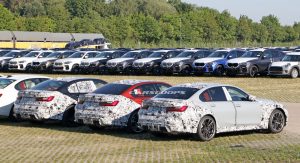 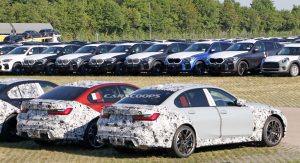 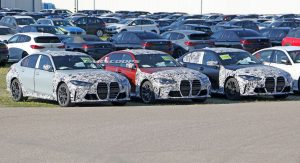 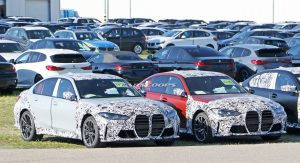 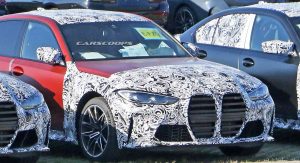 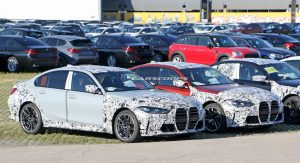 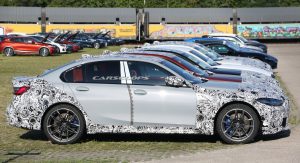 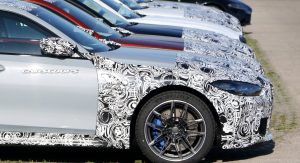 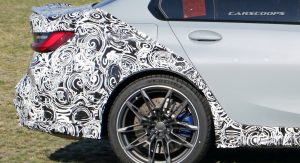 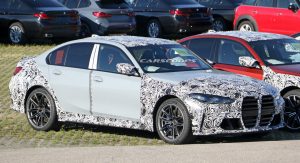 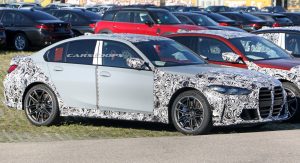 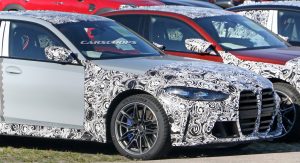 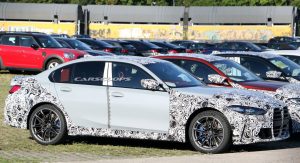 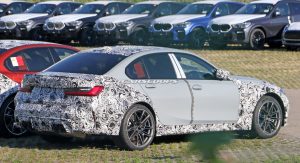