It’s called the Vibes and it brings with it colorful accents inside and out, including a new exclusive Valencia Orange exterior paint. Mind you, while this limited-run model celebrates the arrival of the Twingo Z.E., it will also be offered later on petrol-powered Twingo models.

Based on the Intens trim level, the Twingo Z.E. Vibes features white accents on the grille, 16-inch white diamond alloy wheels with orange lug nuts, as well as stripes on the rear doors. Depending on the exterior color (any of the paints available for the Twingo Z.E. plus the new Valencia Orange), the stripes can be white and grey or orange and grey. 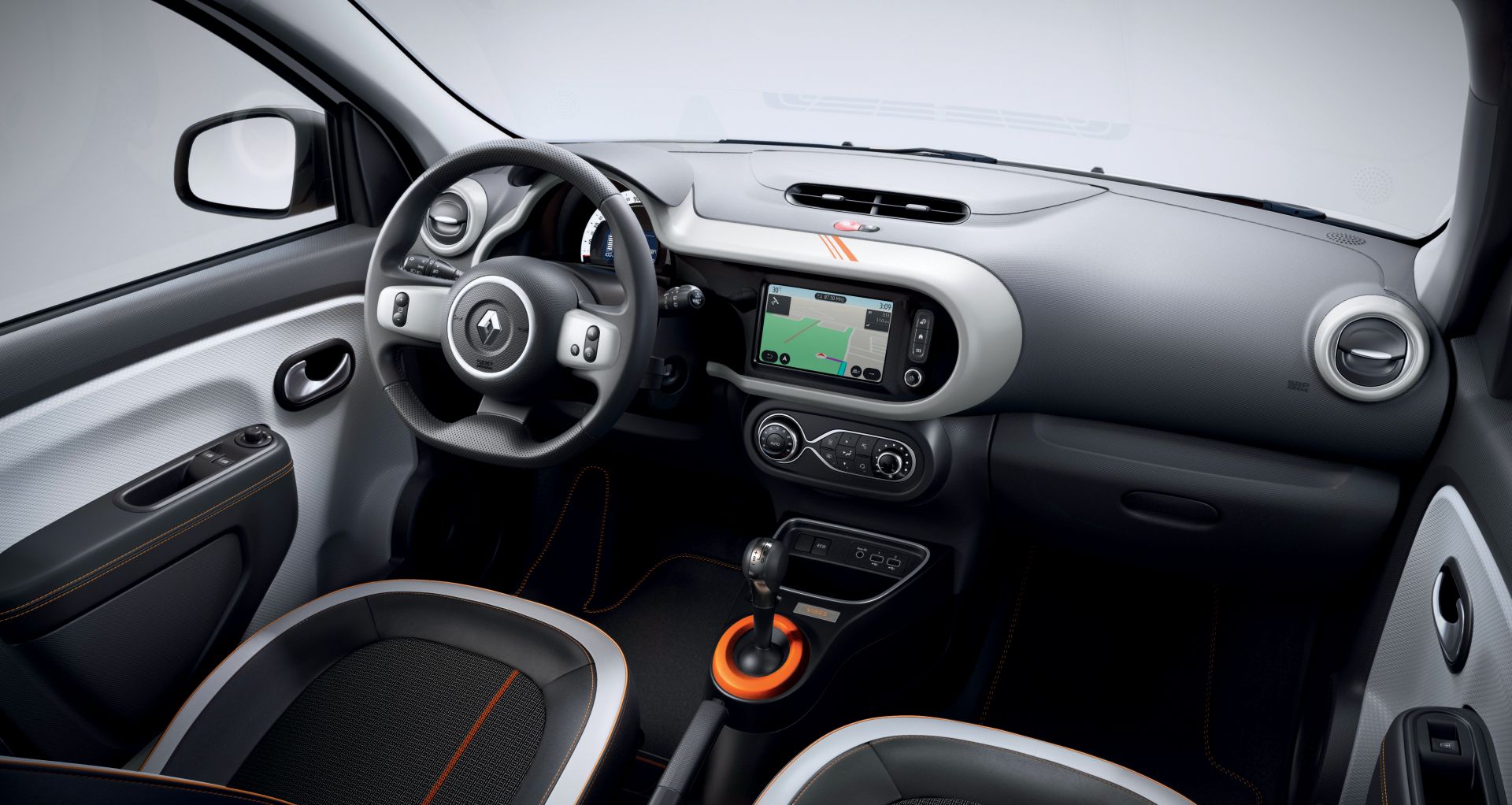 The Twingo Z.E. Vibes also features a specific graphic on the right rear fender above the charging port, symbolizing a battery. Rounding out the exterior tweaks is a Vibes monogram on the rear doors, integrated in the side protection strips.

The colored stripes are echoed inside the special edition Twingo Z.E. above the 7-inch EasyLink central display. Additionally, the seats come in an exclusive finish with mixed leather/cloth upholstery and orange accents. The limited-run EV also features unique door sills, overlay floor mats and an anodized orange gear selector base. 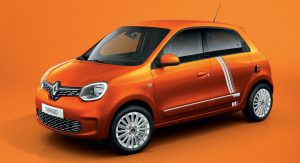 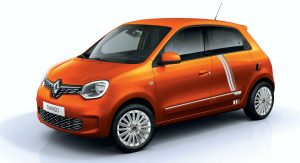 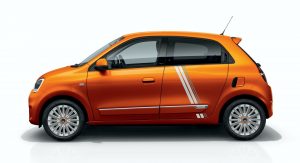 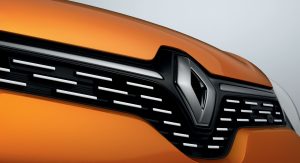 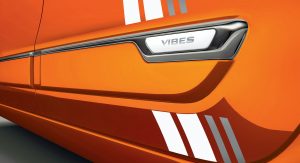 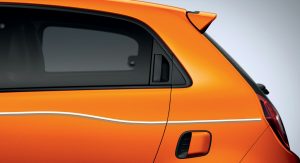 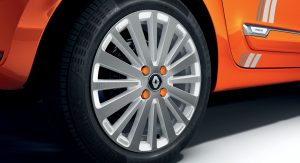 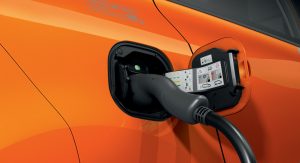 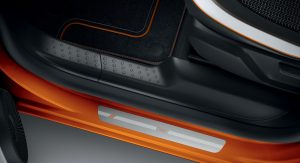 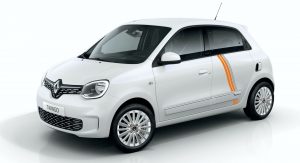 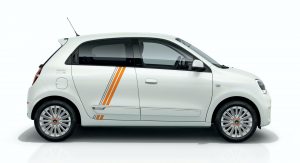 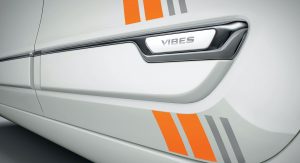 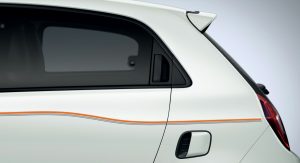 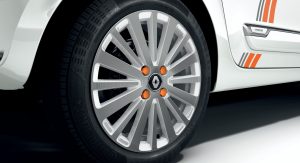 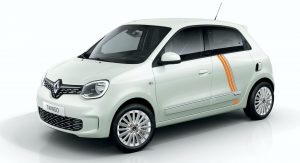 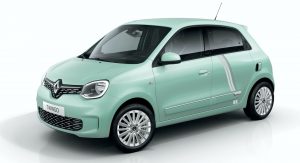 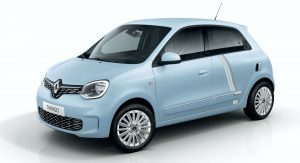 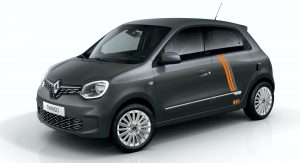 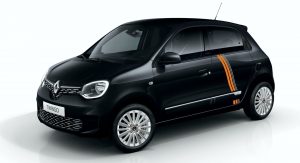 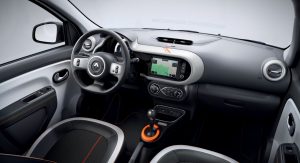 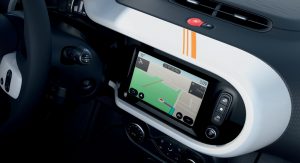 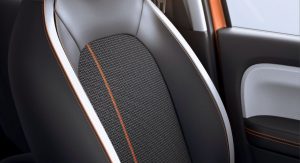 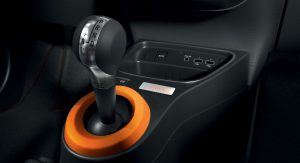