The big names like Jaguar and Rolls-Royce may stand out most, but the British automotive industry has always been replete with small independent carmakers – like AC and Zenos, for example. And now the former has bought the latter.

Zenos, for those unfamiliar, is the sports-car manufacturer started by a couple of former Lotus and Caterham insiders. The company makes a small line of lightweight carbon-fiber track toys. Or “made,” we should say, because the startup went bust earlier this year. But now it has reportedly been rescued.

The saviors in this case are part of a consortium lead by AC Cars, the company recently revived to build a line of “continuation” Cobras like those made under the same name more than half a century ago.

The other members of the consortium remain unknown to the public, but after speaking with AC owner Alan Lubinsky, Autocar reports that Zenos’ products will likely be rebranded as AC Zenos.

The acquisition includes the Zenos factory in Norfolk, England, as well as all the company’s intellectual property and a stock of ten cars already assembled. Lubinsky and company may choose to manufacture the Zenos E10 and any future derivations thereof in South Africa where the reborn Cobras are being built.

That’s largely due to the cost considerations that drove Zenos into bankruptcy in the first place. If AC can reduce the company’s overhead and take advantage of economies of (relative) scale, it could yet make a go of it where Mark Edwards and Ansar Ali couldn’t, and keep their nimble performance machines on the market – hopefully without driving the cost up too much. 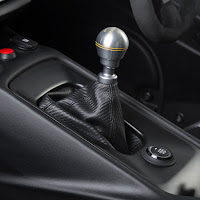